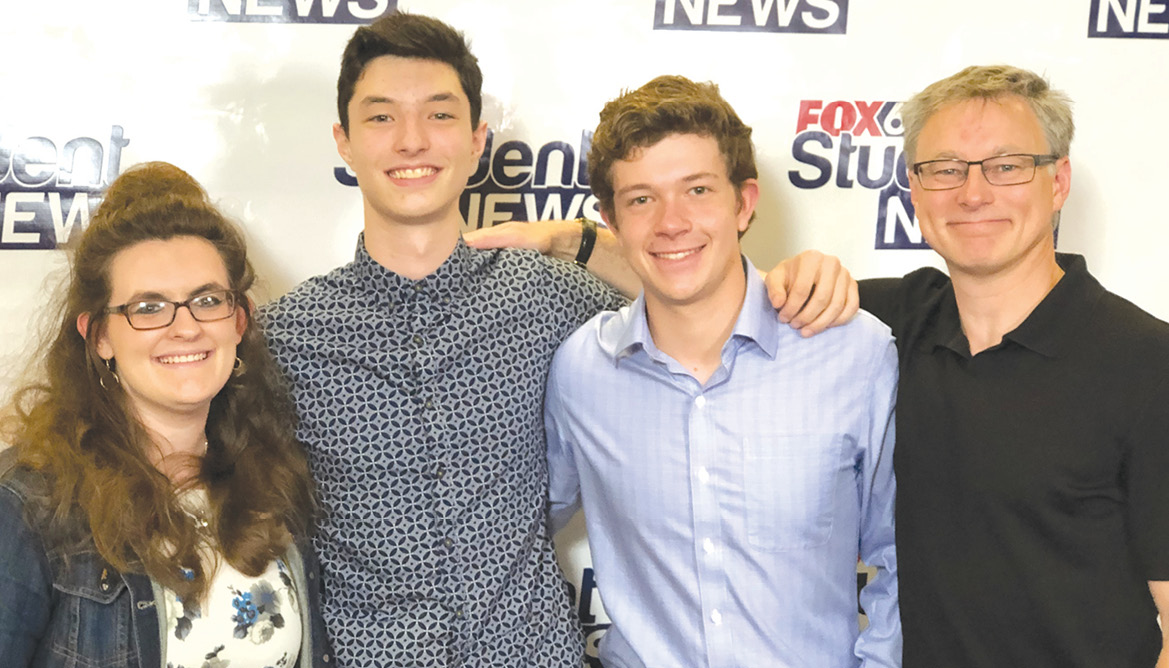 On Tuesday, June 11, the 19th annual Suffield Film and Video Festival was held in the high school auditorium. This year featured an exceptionally wide range of movies, including comedies, dramas, news features, animation, public service announcements (PSA), portraits, and more. A distinct feature of this year’s festival was the abundant works by two of our graduating seniors, Olivia Dalfino and Emily Fabrizi, who are pursuing film production and animation in college. Among Olivia’s works were the award-winning non-dialogue short Unmasked, the comedic Finding Love, and the striking artistic statement Self Portrait. Emily produced many diverse projects, including the comedies Cyber Pig and Equus Guido, along with her exceptional animated shorts Caesar Doo Where are You?, Baby It’s Cold Outside, and the genuinely accomplished and moving piece Cumo.

Another component of this year’s festival was several shorts produced for the Student News program run by Fox 61 for schools across Connecticut. Moreover, two of the news features produced this year at SHS were among nominees selected for major awards in this program. Suffield High School’s Ag Expo by Emily Fabrizi was among the five nominees in the state for the Big Y Home Grown category, while Will Power by Matt Sinofsky, Jack Pixton, and Mike Novak was selected in the Hard News category. These students and their families were honored at an awards ceremony at the University of Hartford on June 5, and they all deeply appreciated this honor at the inspiring event.

Among the many PSAs shown at the festival were a series of anti-substance abuse and mental health awareness videos produced for the Suffield Local Prevention Council and another series on academic integrity. Award winners included Fabrizi and Dalfino, along with another senior, Manny Meleounis, who will also be pursuing film and video production when he enters college this fall. Other distinctive PSAs were produced for Connecticut’s safe driving campaign, with one that combined live action and animation by Emily Fabrizi, and another that integrated advanced visual effects by Meghan Tillona.

There were also several comedic shorts produced by students in the Intro to Film & Video class at the high school, including ones by students Kelcy Ryan, Kayla McCullough, Lauren Camera, Hannah Schweitzer, Justina McCall, Jack Shanks, Tyler Caron, and Jack Burke. Also of note was a major project completed by the Video and TV Studio Production class for the TouchIt board initiative with the SFES fundraiser earlier this year. The class worked in collaborative teams to produce this highly complex piece that debuted at the bi-annual SFES fundraising dinner. Along with previously mentioned students, there were contributions by Dylan Angus, Kaylee Brousseau, Daniel Casinghino, Fatima Elmokaddem, Ethan Krar, and Charles Rose.

Next Article
Hundreds Stomp for Alex
Alex Scott is gone, a victim of childhood cancer. But her lemonade…