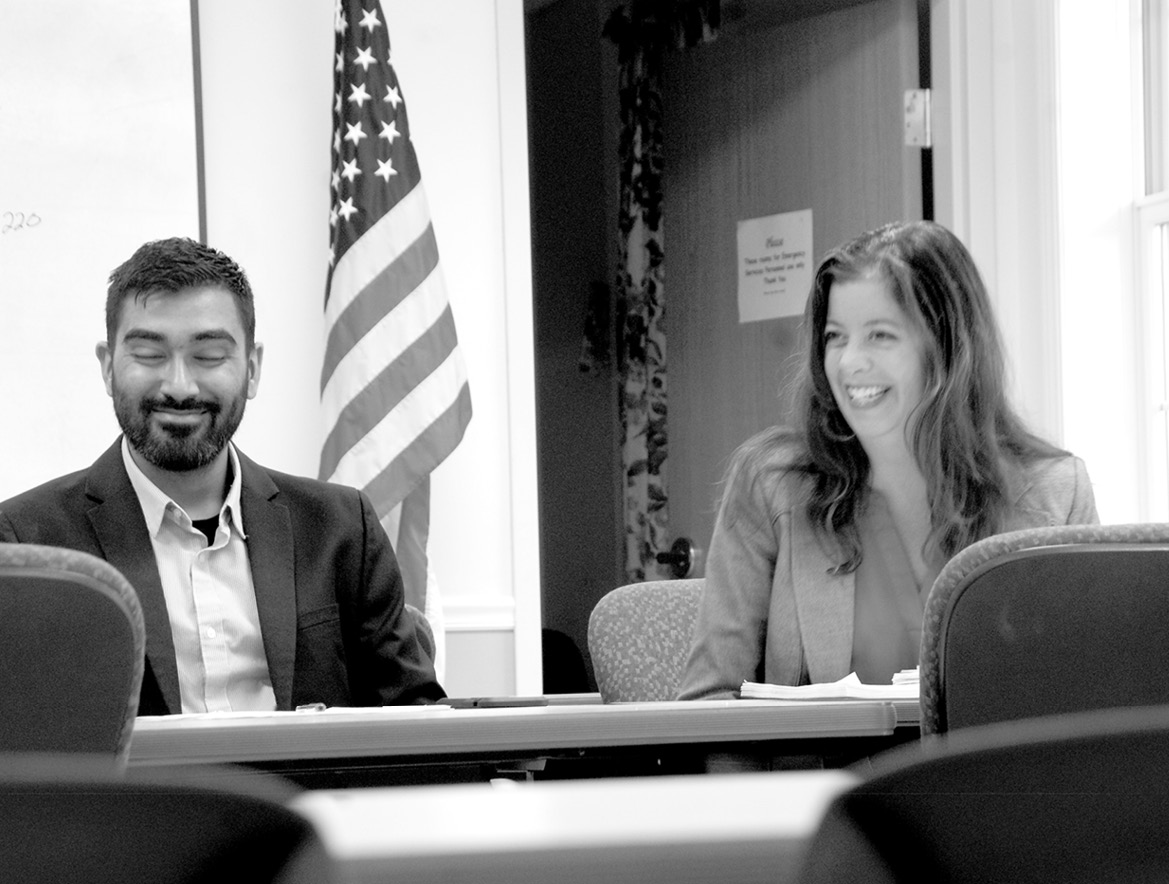 Representatives of the two companies chosen to renovate and expand the Town Hall attended the May 16 meeting of the Permanent Building Commission for a project kick-off. Shown during the pre-meeting banter are project manager Nishant Patel for Gilbane, the building contractor, and project manager Angela Cahill for QA&M, which will do the architectural and engineering work.

After general contractor Gilbane and architect/engineer QA&M had been selected for the Town Hall renovation and expansion project, Town officials and contractor representatives held an hour-long kick-off meeting on May 16. Key members of Gilbane Building and QA&M Architects met with the Permanent Building Commission and Facilities Manager Chris Matejek for a general acquaintanceship and an initial exploration of many aspects of the program. Gilbane sent Eric Cushman, senior project executive and Nishant Patel, project manager. QA&M sent Project Manager Angela Cahill. All three seemed to establish a good rapport with the commissioners and Chris.

Among aspects discussed, it was clear that the Town wanted the HVAC system to be replaced, but there seemed no need to remove its components within the walls. The windows, which were already replacements, can be retained. The roof seems okay but should be inspected. Ventilation requirements were discussed. Electrical service needs to be upgraded. The Server Room was discussed, as all Town departments depend on the computer equipment there.

The building layout will have an open concept, which is the modern trend, and of course, total accessibility is assumed. The present elevator is fine. Details of the new, larger vault were discussed. Chris Matejek commented that the Town’s space needs might be affected by the current highway garage plans.

QA&M expected that the concept design would be completed by sometime in August, allowing design development to be completed in time for construction bidding in November or December. Accelerating the design process to allow bidding in October was discussed.

No one seemed troubled that the actual contract for the work had not yet been signed. By mid-June, it had been sent to Gilbane for their review.