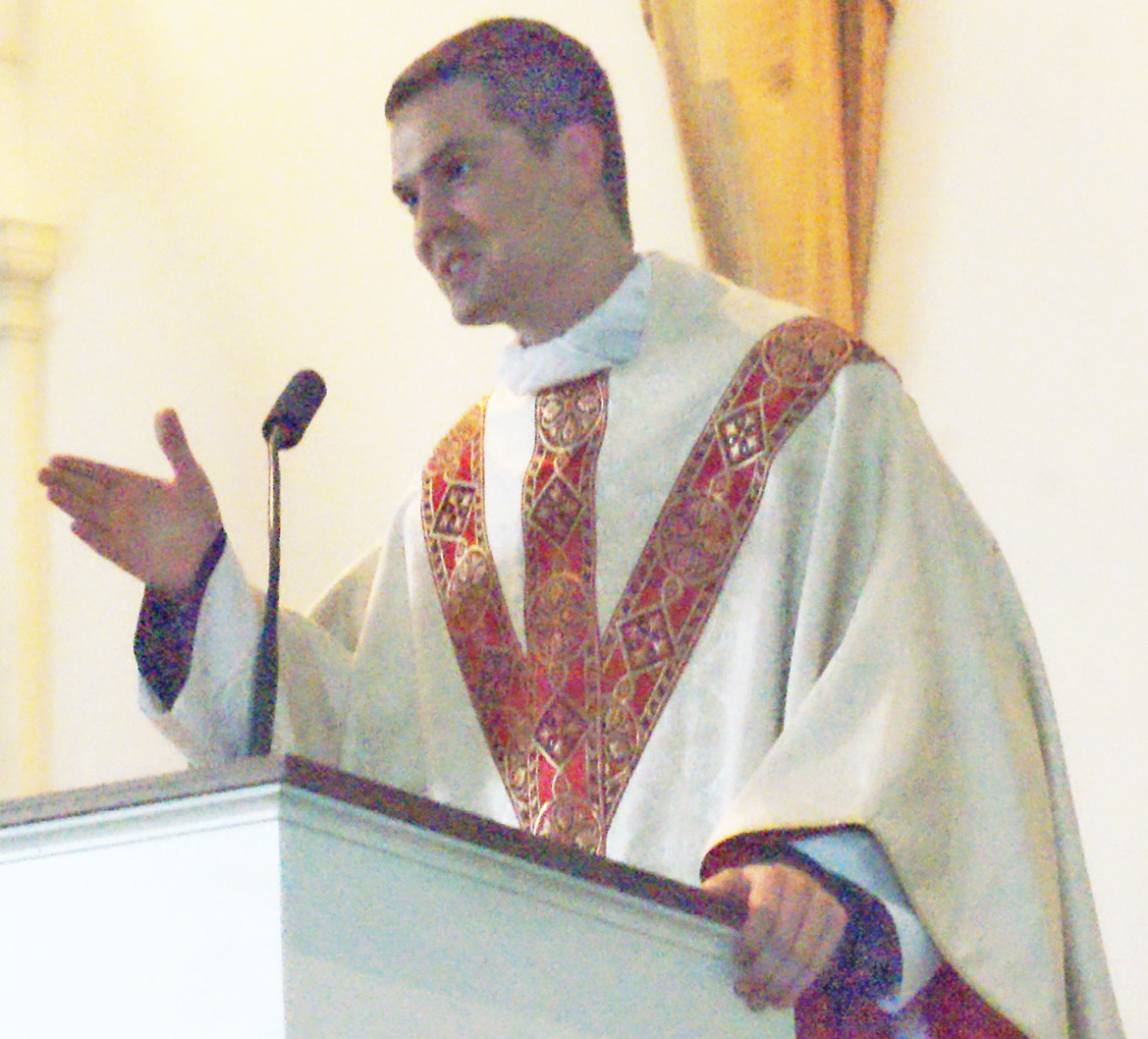 In his concluding remarks near the end of his first public mass, a beautiful high mass on June 23 at Sacred Heart Church, Fr. John Goncarz speaks with gratitude of those who helped him through his journey to the priesthood. He had been ordained at the Cathedral of St. Joseph in Hartford one day earlier, the first person from Suffield to be ordained as a Catholic priest.

Suffield Resident John Gancarz was one of two priests ordained to the priesthood on Saturday June 22 at the Cathedral of St. Joseph in Hartford. On the following day Father John said his First Mass at Sacred Heart-Saint Joseph parish in Suffield. A reception followed in Father Ted Hall.

The road to becoming a priest is approximately six years beyond undergraduate studies. The candidate studies mostly theology and philosophy in addition to being trained for the priesthood. Father John studied electrical engineering at Boston University. However it was in graduate school that he changed his idea about his future and seriously knew that his path in life was to become a priest. He had become involved in the campus ministry program on campus and after completing his master’s degree he entered the formation program at St. John Seminary in Massachusetts. He later studied at the Pontifical North American College in Rome.

The Suffield High School graduate has been temporarily assigned to Saint Jeanne Jugan Parish in Enfield but will be returning to Rome for further study. In his temporary assignment Fr. John celebrated his first TV Mass for the Hartford Archdiocese.

Father Mark Jette, Pastor of Sacred Heart Church, considers Father John’s ordination a real honor for the parish that one of its own members is dedicating himself to the priesthood. In fact, Fr. Jette has researched parish records and those of St. Joseph and could not find any records where a young man from Suffield has ever entered the priesthood.

We at the Observer wish Fr. John all our best in his calling to the priesthood.

Next Article
September Happenings at West Suffield Congregational Church
Welcome Sunday will be September 15. Our children will help lead worship.…