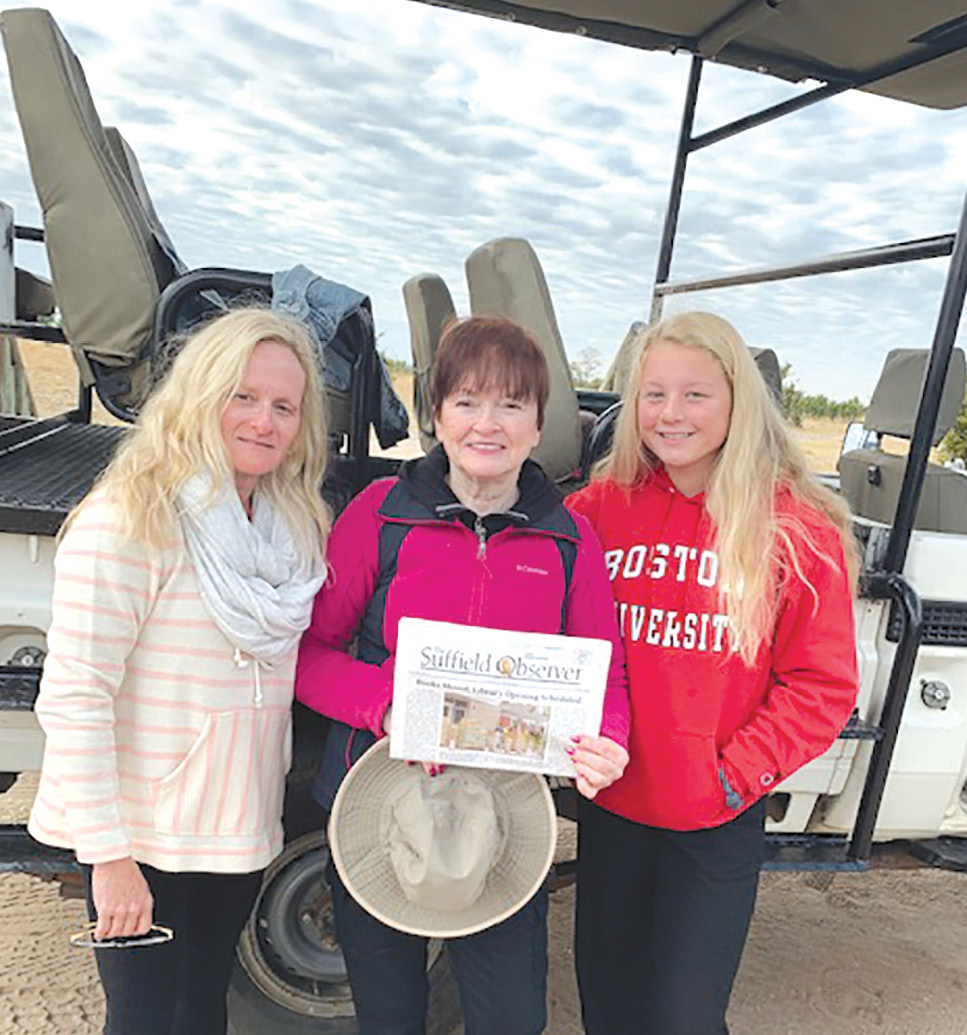 Pictured at the left, next to their lodge’s open-air game-drive vehicle are Kathy Krar holding, The Observer, her daughter Lorianne Nutini (left), and granddaughter Bella Nutini. Nihimba Lodge’s unfenced concession in Zimbabwe’s Hwange National Park has less than a dozen rooms, rustic but with plenty of comfort and mosquito netting. Elephants often come to drink next to the veranda, and wild animals can wander freely through the camp. 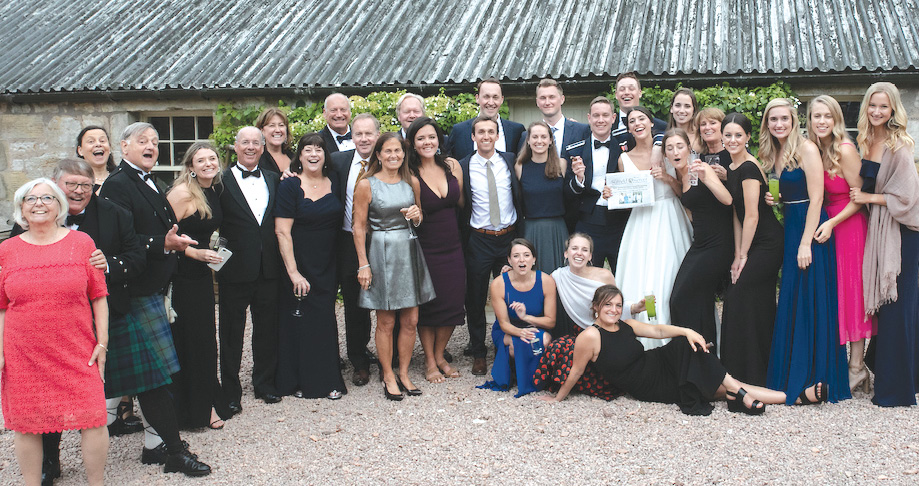 For this Where-In-the-World portrait, an issue of The Suffield Observer journeyed to Scotland with a big group from Suffield for a wedding in July. In the portrait, bride Maire Casey is holding the paper next to groom George Welton, who is in his USAF full dress uniform. The picture was taken in a garden court at a farm in St. Andrews. 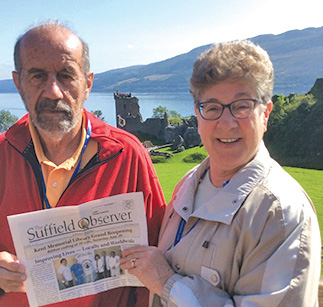 Standing at a popular observation spot for Loch Ness and the ruins of Urquhart Castle, Bernard and Gloria Magliozzi display an important Observer headline to their Scots friends, announcing that Suffield’s library is finally reopening! And no, they didn’t encounter “Nessie.” 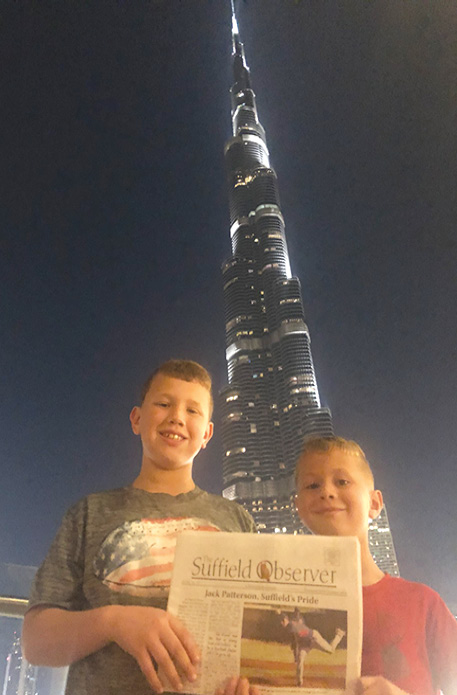 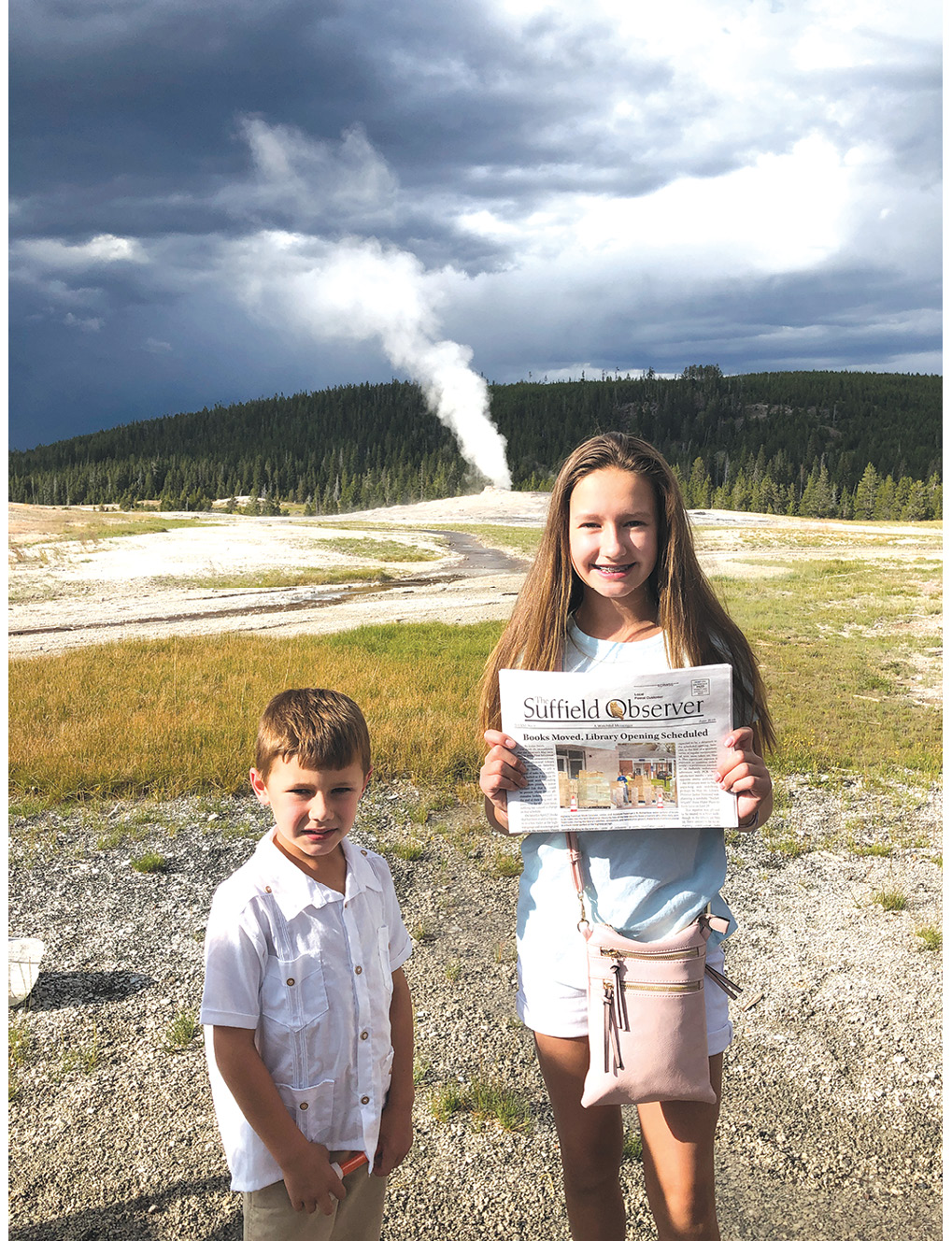 The Kowal family visited Yellowstone National Park in July and photographed Kayla with the Observer, standing with Walker near Old Faithful geyser. The famous Yellowstone feature, steaming quietly in the background, erupts every hour or so.

Next Article
Improving Lives — Locally and Worldwide
In our very midst is a quiet, unassuming man who contributes to…