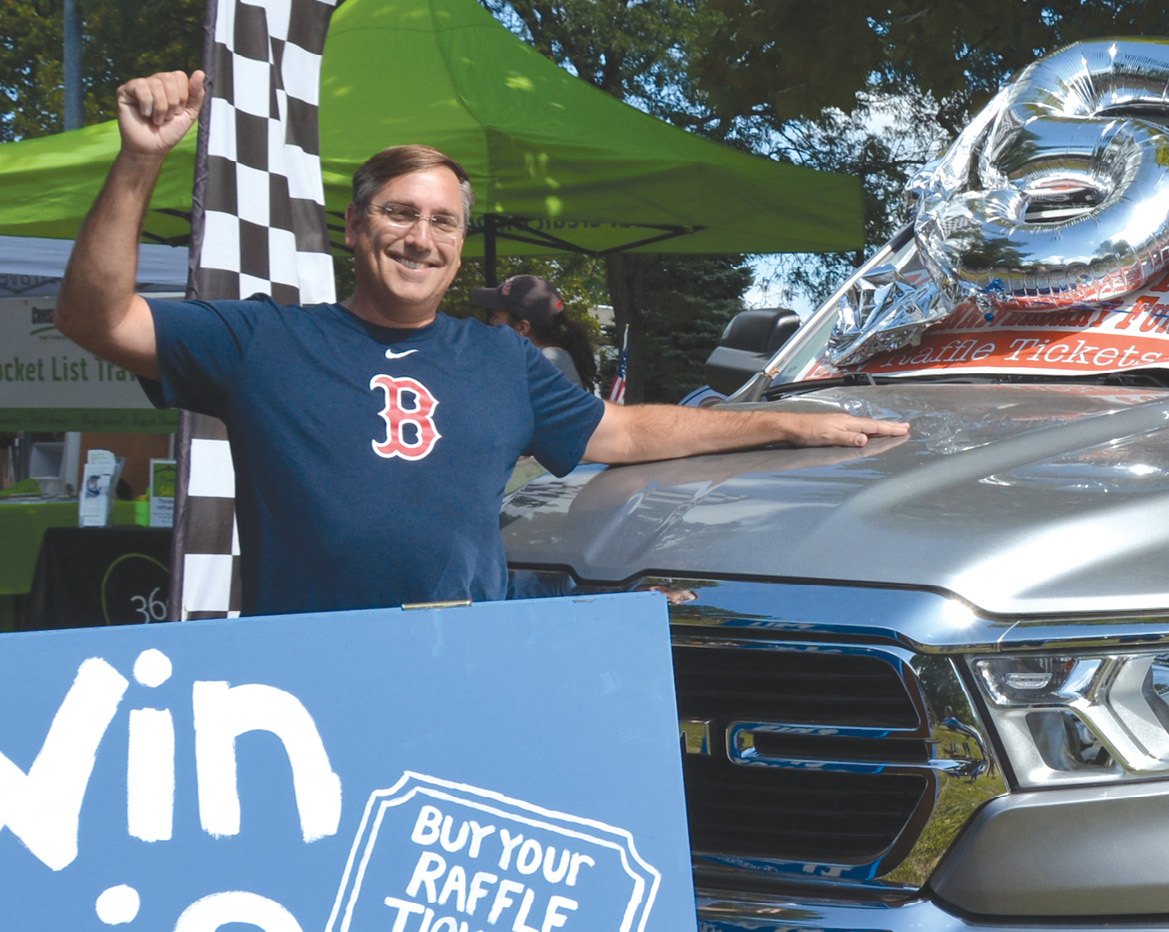 The winning ticket is #3052 and the winner of the all-new 2019 Dodge RAM 1500 truck is Suffield resident Greg Honey. Greg purchased his ticket earlier this summer at the Suffield Farmers Market. The raffle drawing was held Sunday, September 8, during Suffield on the Green, the annual town fair.

The truck raffle was conceived of by the Suffield 350th Anniversary Committee to help offset the costs of more than 30 events, programs and projects being planned for the commemoration of Suffield’s big birthday in October 2020. Joe Artioli of Artioli Chrysler Dodge RAM provided the truck which has been displayed around town throughout the summer. A total of 2,620 tickets were sold, netting more than $13,000 for the 350th celebration.

The success of the raffle was due to significant support from the community. Tickets were sold at Artioli Dodge, Kent Memorial Library, Suffield Lumber, West Suffield Mini Mart, Sheridan’s ProTech Automotive and Mark’s Classic Cruise Night. Special thanks to the International Union of Painters and Allied Trades for including the raffle at their summer outing and finally to George Field’s team at Suffield Hardware who sold a total of 614 raffle tickets.

The Suffield 350th committee has several more fundraisers scheduled for this year:

The 350th Anniversary Golf Fundraiser will be at the Suffield Country Club on Friday, October 11. Download a registration form at tinyurl.com/Golf350.

Brew Fest 350, a beer, wine and spirits tasting adventure, will be held at the New England Air Museum on Friday, November 22. More details at tinyurl.com/BrewFest350.