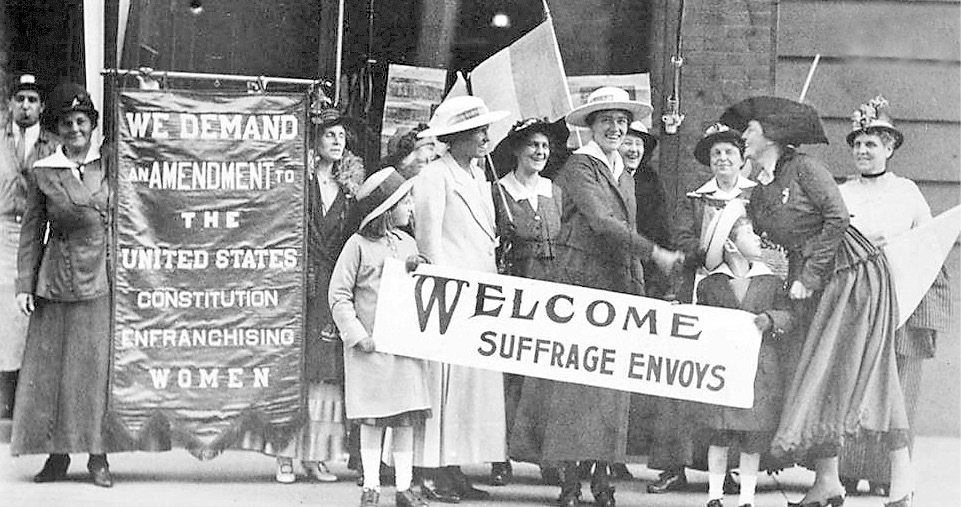 The 19th Amendment to the U.S. Constitution granted American women the right to vote and was ratified on August 18, 1920, ending almost a century of protest. Courageous and determined women picketed repeatedly in front of the White House, despite a wholly unsympathetic Woodrow Wilson. They were ultimately subjected to arrest and imprisonment, anywhere from a few days to seven months. In prison, suffragettes were subjected to especially cruel treatment.

According to J. Carter, Senior Editor at the Acton Institute, the 19th Amendment does not directly mention women. The text simply states: “The right of citizens of the United States to vote shall not be denied or abridged by the United States or by any State on account of sex. Congress shall have the power to enforce this article by appropriate legislation.” The Constitution, he points out, is a gender-neutral document. Even before the amendment nothing in the original Constitution directly barred women from voting.

Carter describes a fascinating historical context of the 19th Amendment. Women who were unmarried were allowed to vote in New Jersey from 1797 to 1807. By the time the amendment was ratified women enjoyed unrestricted suffrage in 15 states, Presidential suffrage in 28, and varying degrees of local suffrage through most of the others.

A universal suffrage amendment was first introduced in Congress in 1868, but it died. The next attempt was made ten years later, but that, too, was rejected. It was reintroduced every year for the next 41 years. Finally, in 1919, the exact text of this bill was approved. It was ratified by three-fourths of the states in 1920.

As many anti-suffrage groups sprang up as did pro-suffrage groups. Many women feared it would lead to loss of status and privileges. One anti-suffrage pamphlet warned that “…in political activities there is constant strife, turmoil, contention and bitterness, producing conditions from which every normal woman naturally shrinks.” Rationales ranged from demeaning to paranoid: women do not understand politics; they would only vote the way their husbands told them to vote; women would try to take over the government.

The League of Women Voters was formed immediately after the passage of the 19th Amendment. Since then, women have realized impressive achievements in the decades following their enfranchisement. Such rights were realized in all areas of American life. We are witnessing today the continuation of this progress as increasing numbers of women take their seats in the House and the Senate.

Next Article
Celebration of Life
To celebrate the Life of Astrid T. Hanzalek, a reception will be held…