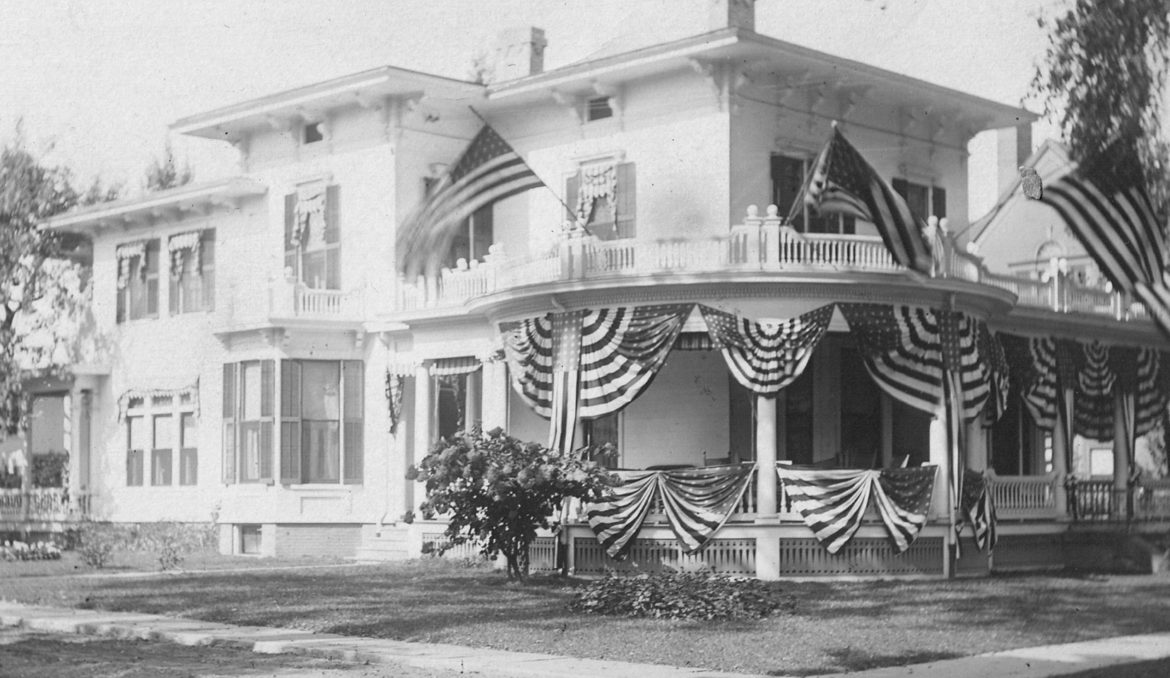 Extravagantly decorated for Suffield’s Quartermillennial Anniversary celebration in 1920 is the house at 217 North Main Street now known as the Nathena Fuller House, a dormitory of Suffield Academy. Built in 1849 for Charles Chapman, it was later owned by cigar manufacturer William B. Drake, then by L. N. Curtiss, and later by tobacco grower and cigar manufacturer Leavitt Pomeroy Bissell. It was probably Bissell who added the bay window and prominent porch and whose widow and daughter Mary Ahrens and her family were the occupants at the time of this photo.