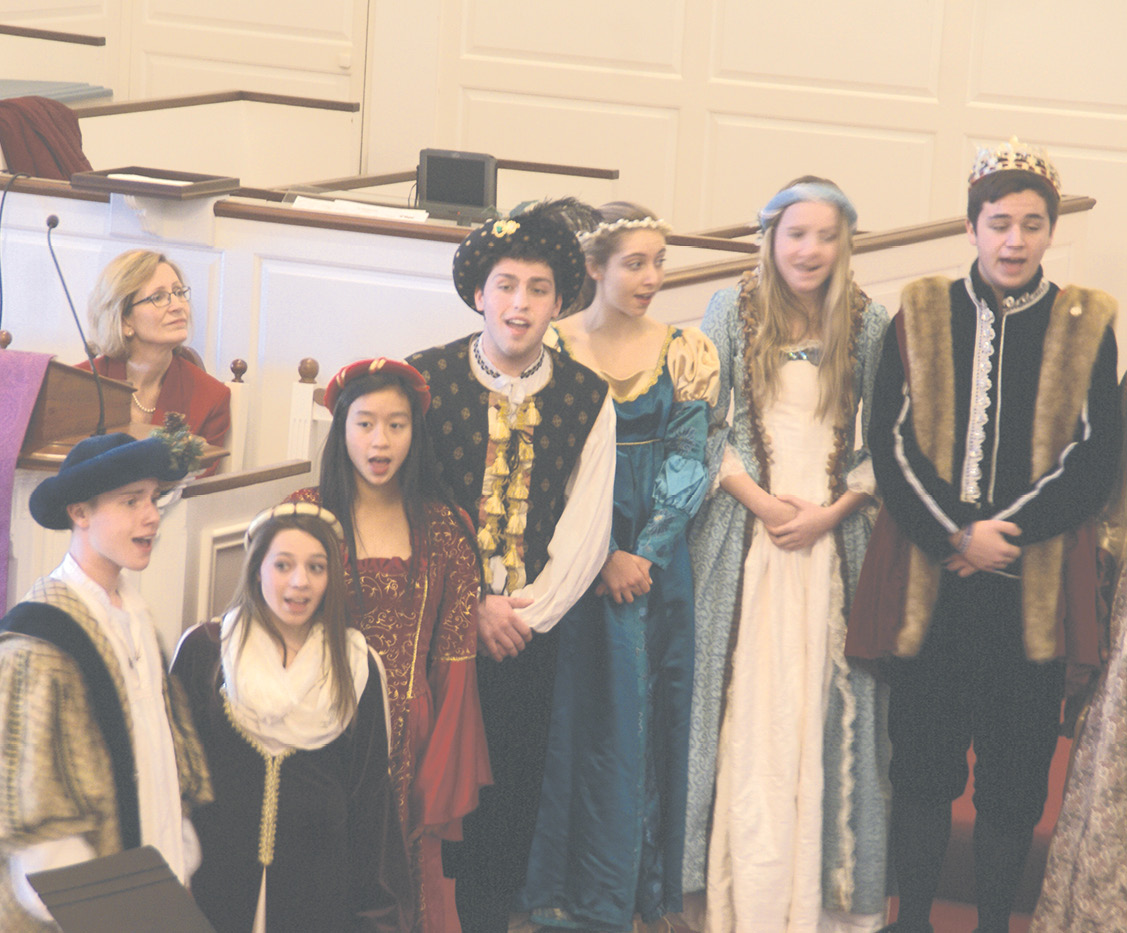 Rituals at holiday times enrich all our lives, and Suffield has lots of them. None are more joyful than the Christmas Concert at the Second Baptist Church, which is scheduled for Saturday, December 14, at 3:00 p.m. (snow date December 15). The concert in its present form began life 16 years ago, when Evelyne Battle arrived as the church’s Minister of Music. Following an unusual, if not unique, career path, Evelyne had worked in international banking with a position as head of a loan department in what she terms a “boutique bank,” one that funded projects in sub-Saharan Africa. She left the banking industry in 2004.

When Evelyne began her second career, she had plenty of credentials, having majored in music in college and having had experience directing groups in various kinds of musical performances. However, she admits that at first her new job was “a bit of a stretch,” particularly because she was also a half-time office manager for the church. From the beginning she understood music’s potential to be a unifying element among people; music dissolves differences, she said. She envisioned the church’s concerts in a broader way than most are, hoping to bring the community together and to provide a happy service to all.

A second goal of importance to Evelyne was the wish to provide an educational experience for children of all ages. To that end, she has involved school groups from several locations in the performances, so that younger children can hear older ones and learn from them. There are choral numbers and instrumental numbers; group singing and solos; adult choirs and student choruses; liturgical music, familiar hymns, and folk music. There’s something for everybody! And everybody leaves the sanctuary smiling.

Evelyne is quick to point out that she does not pull off this annual event on her own. Her partner is Jean Aldrich-Jones, the church’s organist, handbell director, and frequent accompanist. Music directors train each group of singers before the big day – not just in how to provide beautiful music, but also in the importance of moving quickly and quietly to their places as the numbers change. In addition, church committees decorate the sanctuary and provide refreshments after the performances. It’s a group effort, and it’s an effort that benefits all of us if we care to attend. Aren’t we glad that Evelyne Battle came to town!

Next Article
What’s happening at SCA this month?
We are delighted to welcome Audrey Willis, M.S.W. as our new Outreach…