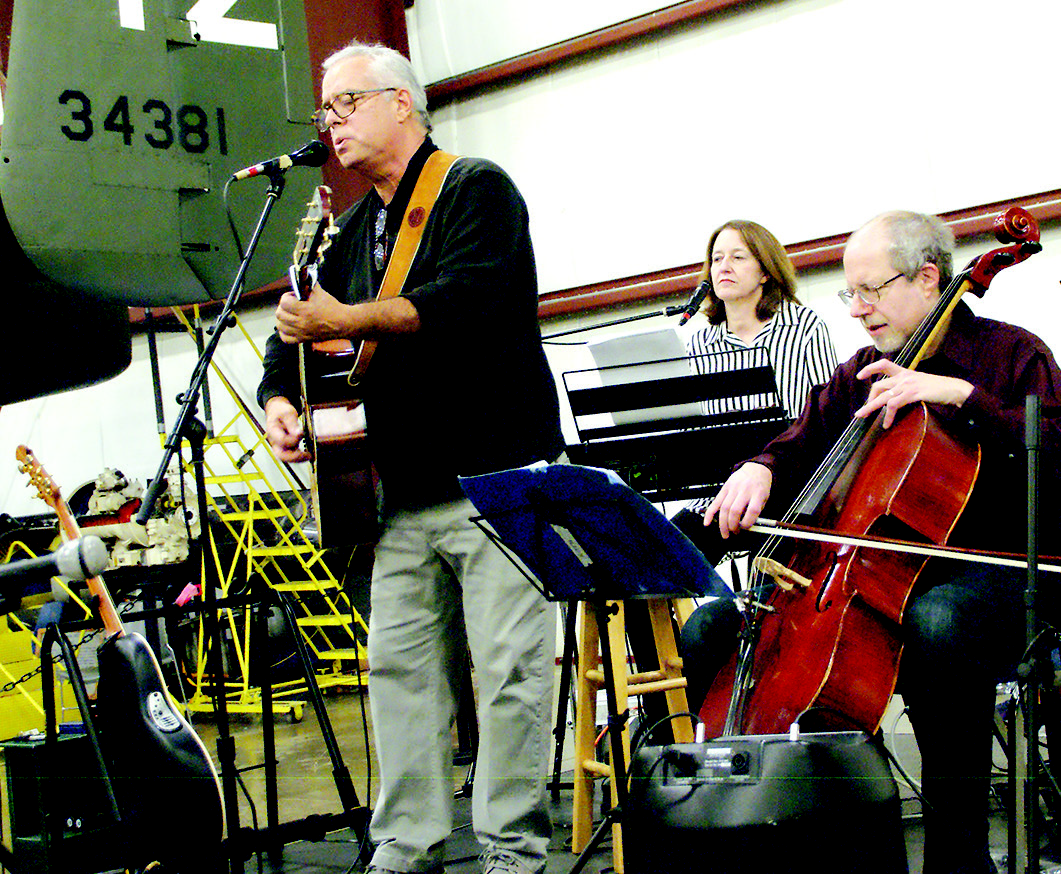 Satinwood, a popular musical group based in Suffield, provided entertainment at the Beer Fest. Pictured are Paul Motter, guitar, Melanie Motter, keyboard, and Eric Roth, bass. Not pictured is Jeff Tisdale, guitar. Also performing that night were Suffield’s Ray Pioggia, who sang with his guitar, and Lou Sorrentino of East Windsor, who included a custom-written piece celebrating Suffield’s 350th.

At the New England Air Museum on November 22, over 200 partyers tasted wines and beers and sampled victuals from six breweries, six restaurants, and two liquor stores. And the NEAM’s military hangar was a successful venue for such a party. So with good music volunteered and other helpful contributors as well, the event was a nice fundraiser helping support the costs of Suffield’s 350th anniversary celebration, which will climax on a grand week-end, October 9 to 12 this year.