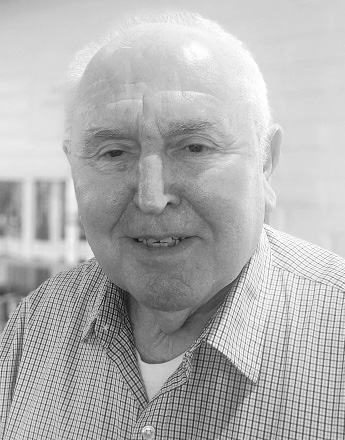 BAfter talking to Ed Chase, it is easy to believe that he is somehow descended from all 30 of Suffield’s original proprietors. On his father’s side, Ed can count back to seven generations in America, tracing them from Hampton, New Hampshire, the Connecticut River Valley, Springfield and then Suffield. Ed’s longer Suffield bloodline comes from his mother’s side. She was a clear descendant of Anthony Austin, an original proprietor, and she was also a descendant of lots of other Suffield families.

Marguerite Ford Chase, Ed’s mother, lived on what is now the Hastings Farm on Hill Street. On the property was a natural spring of good-tasting water, so clear that you could see a dime at the bottom. Ed’s maternal grandfather, Howard Ford, bottled the water in huge jugs and sold it to the State Capitol and Hartford Hospital in the early 1900s. He also carbonated it, added flavor and sold it as Wabeek Bottling Company tonic (soda). The King House Museum has some Wabeek bottles and the wooden crates used to carry them.

During his childhood, Ed’s parents moved from place to place within Suffield – from Day Avenue to a summer camp on Boston Neck Road to Mapleton Avenue, where Ed walked to first grade at the old Mapleton School, a one-room brick building. Ed remembers air raid drills where the students were told to stand behind the old coal-fired stove, as if that would have protected them. Ed skipped a grade and moved to Bridge Street School for 5th and 6th grades, and then on to the high school (now McAlister School) for 7th through 12th grades. He remembers some teachers: his first grade teacher, Miss Powers, who got married, Miss Pinney at Bridge Street School and some teachers at the high school: Mr. Casinghino, Mr. Morse, George Greenleaf with his war stories, and Amiel Zak. Ed said he was a good student until he went to high school, but he studied hard in college, graduating from the University of Connecticut as a mechanical engineer. After graduation, he obtained a master’s degree from Rensselaer Polytechnic Institute during his long engineering career at Hamilton Standard where he worked in the design department.

There were very few houses on Mapleton when Ed lived there as a child. It was a good place to grow up, a place accessible to work and fun. As he got older, Ed tied tomatoes for Richard and Arthur Sikes’ thousands and thousands of tomatoes, crawling on his hands and knees to tie the little plants, graduating to a squat as the plants grew. Ed also crawled on the ground planting gladiolus bulbs for Spaulding Gardens, Suffield’s major flower grower and florist. Additionally, he worked on Don Stiles’ farm. All three businesses were close to Ed’s house, near or on Mapleton Avenue. On the north side of Mapleton Avenue, near Fuller’s corner and North Street, was Brome’s Pond where Ed liked to ice skate, and sometimes, fish.

Before Ed’s time, back when there were no electric refrigerators, ice was harvested from Brome’s Pond. Its ice was easily identifiable because it was green-striped, caused by water runoff from the surrounding fields. The land near the pond was owned by the Brome family, who before their oil delivery service, delivered harvested ice to Suffield, Enfield and Windsor Locks, charging 50 cents for 100 pounds at one time. Brome’s Pond is now a part of the Suffield Land Conservancy.

Ed recalls how his family endured the big New England Hurricane of ’38 on Mapleton Avenue. At the time, his parents were renting a second-story apartment. His father was helping with the storm management for the town but he was able to stop by every few hours during the storm. Ed, his mother and brother moved down to the first floor, inhabited by two spinster ladies and watched as big trees crashed down. The clean-up took days as men cut away the debris using two-man saws.

Ed met Eleanor Rose, now his wife, at Babbs Beach. He often went there to roller skate, and he admits, with a twinkle in his eye, he also went there to look over the girls. Eleanor was pretty, popular and had lots of friends. She also had a car. She lived on Sheldon Street on the farm with the barns her grandfather painted pink in the early 1900’s. Ed and Eleanor married in 1960 and continued to live in Suffield through the birth of their children, Robin and Kevin, work and retirement.

Fun was also on the agenda. Ed was a white-water canoe and kayak hobbyist who competed often, and taught others, including at the Suffield Academy pool, how to turn a kayak right-side up after being flipped. With a reverence for history, he served as a long-term president of the Suffield Historical Society, retiring in 2019, during which he created interesting programs and maintained the King House.

As a true son of Suffield, Ed can think of no better place to live than here with his friends, family and memories.