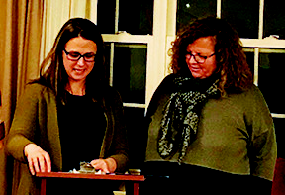 Helping the Community – Service Above Self.

Thanks to Suffield by the River for the delicious holiday pumpkin pies that were given to each Rotarian member in the meeting before Thanksgiving. Yum!