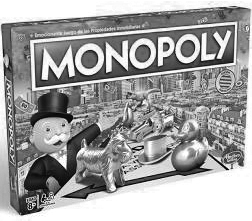 Cold winter nights are a time for families to hunker around a board game. Possibly one of the most popular board games in the world is Monopoly. According to a 2018 statistic, over 250 million sets of Monopoly have been sold since its invention and the game has been played by over half a billion people. This area of the world is Monopoly central, as the game is manufactured close by in an East Longmeadow factory once owned by Milton Bradley. Despite its title, the original intent of the game was to oppose monopolies.

From the late 1800s to early 1900s, monopolies reigned. They stifled competition, bought up competitors unfairly, and fixed prices at exorbitant rates. John D. Rockefeller’s Standard Oil Company, J.P. Morgan’s U.S. Steel, sugar, tobacco, and meat-packing industries were all monopolies. Thanks to Ida Tarbell, who revealed Standard Oil’s practices, the 1890 Sherman Antitrust Act and the 1914 Clayton Act were passed, and huge monopolies were broken into smaller pieces. During this climate, the game of Monopoly was invented.

Lizzie Magie, the original inventor of Monopoly, was born into a socially conscious family. Her father was an abolitionist who, after the Civil War, ran for office on the anti-monopoly ticket. He was also an advocate for Georgism, a single-tax system still considered an effective way of equalizing wealth and poverty. The premise is that natural resources, including land, water, and forests, are owned by all. Business owners who own commercial properties and use natural resources for their business would be taxed. This is called a land value tax (LVT). The revenues from LVT would be used to reduce or eliminate existing taxes, such as an income tax or a sales tax that are inefficient and unfair, particularly to the poor and middle classes. Surpluses from the LVT (if there were any) would be divided among citizens as a dividend or basic income.

Like her father, Lizzie was an anti-monopolist and a strong supporter of Georgism. She taught her beliefs in night classes, but she could not reach enough students. Then, she had an idea. She invented a board game. Her game was called The Landlord’s Game. It demonstrated the benefits of a land value tax. She received the patent for it in 1904, a revised patent in 1924 and again in 1932. The 1932 version was composed of two games: The Landlord’s Game and its antithesis, a game called Prosperity, which was informally known as “the monopoly game.” Both games were like today’s Monopoly with play money, properties, deeds, a jail, and a path on the outside edges of the board.

Magie believed that those who played both games would realize that The Landlord’s Game was morally superior, but she was wrong. The monopoly game was the one that caught on. Although she self-published the games, they were widely copied and not bought.

Charles Darrow received a copy of Prosperity. Realizing the value of the game and desperately unemployed, he sold it in 1933 to the Parker Brothers, claiming he was the inventor. Ultimately, he received millions of dollars in royalties from the game. Although Magie was able to prove that she was the original inventor, she only received $500 from Parker Brothers.

Today, monopolies are on the rise again. Some believe that regulations against monopolies are outmoded. However, looking at just a few statistics compiled by John Mauldin in April 2019, which game should we play? Monopoly or anti-monopoly?

In agriculture, four companies control 66 percent of U.S. hogs slaughtered in 2015, 85 percent  of the steer, and half the chickens, according to the Department of Agriculture. (Open Markets Institute)

Similarly, just four companies control 85 percent of U.S. corn seed sales, up from 60 percent in 2000, and 75 percent of soy bean seed, a jump from about half, the Agriculture Department says. Far larger than anyone in this market are the American companies DowDuPont and Monsanto, which were just bought by Bayer.

Next Article
Winter Solitude
This tobacco shed off Hill Street rests quietly after a fresh snowfall.