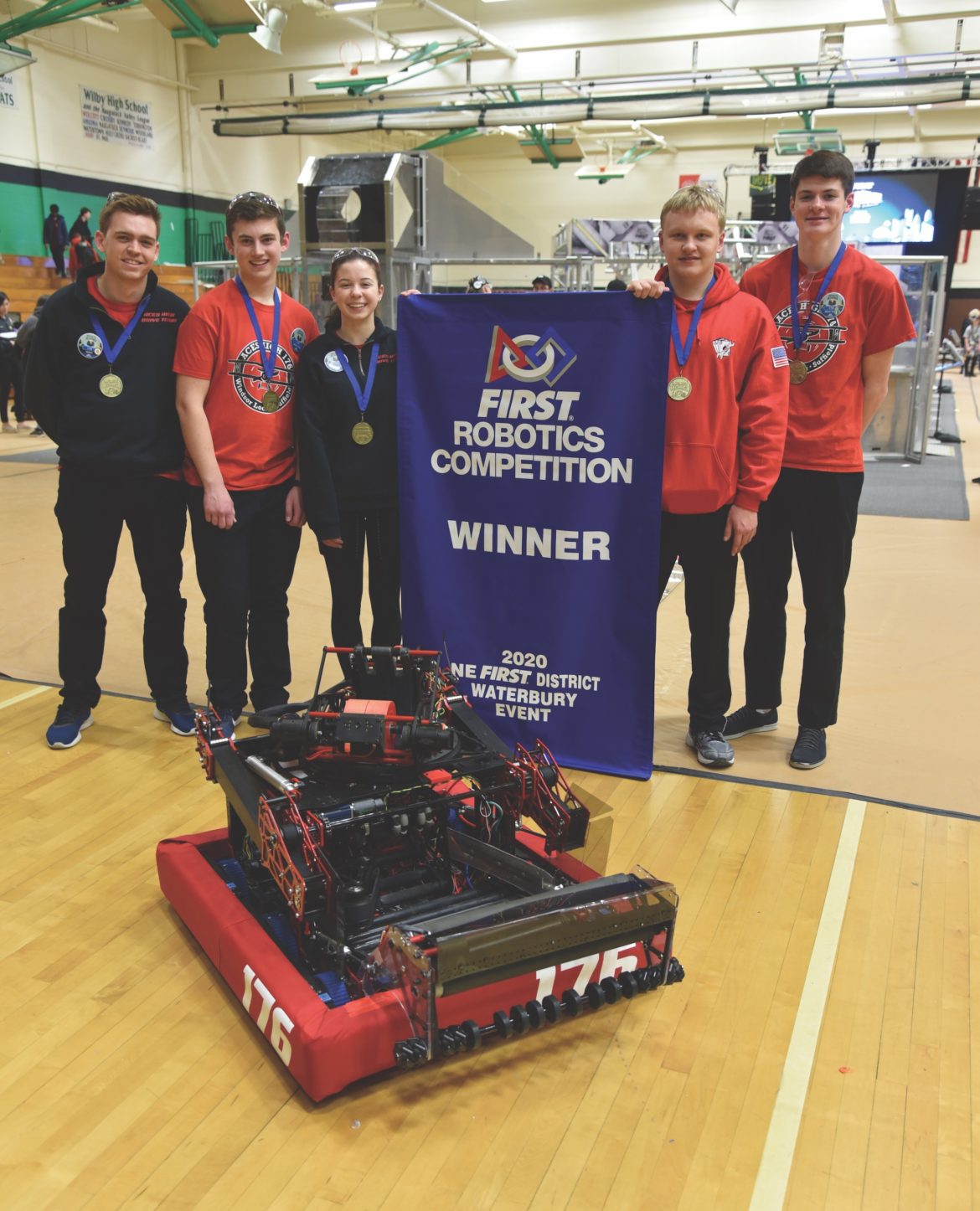 Aces High, Team 176, the Suffield/Windsor Locks team in the FIRST Robotics Competition, attended its first meet in Waterbury on the first weekend of March and things just couldn’t seem to go wrong. This was a New England regional qualifying meet that Aces High hoped would start them on the road to the World Championship in Detroit in late April.

The team was seeded No. 1 after seven matches in the qualifying rounds, with 37 teams competing. That gave our team the first choice to pick partner teams for their three-team alliance that would compete in the elimination matches. From long-term familiarity in previous years, they chose Team 177, Bobcat Robotics from East Windsor. Then, having scouted the performance of other teams in the qual rounds in Waterbury, they picked Team 999, the MechaRAMS, from Cheshire. After 999 had an electrical failure after the first match of the semi-final round, 176 and 177 were allowed to pick a substitute partner, and they chose Team 4572, Barlow Robautics, from Barlow High School in Redding, Conn.

Team 176 was unbeaten throughout the entire meet, and their alliance was declared the winner in the tournament. The team also received the FIRST Quality Award for their durable robot and the nimble performance that the robot and its operators demonstrated.

But alas, COVID-19, that nasty virus that has upset the world, intervened; FIRST headquarters has declared this year’s season ended after just two weeks of competition. Aces High will not have the opportunity to repeat or exceed their success last year locally and in Detroit, when they came tantalizingly close to the World Championship. One of the team’s mentors just advised the Observer that Aces High was among only about a dozen teams worldwide that have competed undefeated in an official FIRST Robotics Competition event. That’s certainly an extraordinary record!