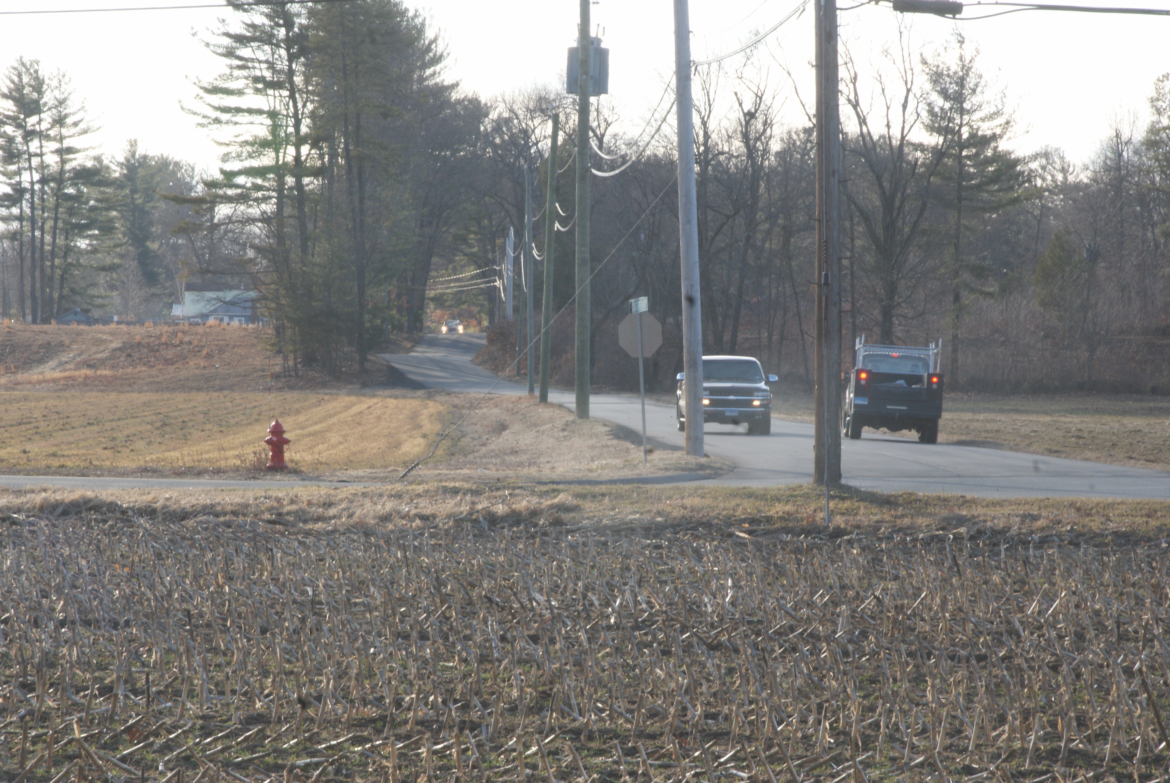 The headlights of a distant car appear over the high point of Griffin Road. Two drivers had stopped near Copper Hill Road to converse for a few minutes, but moved on to clear the road. Occasional traffic both ways was using the road to cottages on South Pond that Sunday afternoon recently. At a Town Meeting on February 20, the first 1,630 feet of the road was accepted as a Suffield Town road.

For a number of years, the Town highway crew has maintained many of the town’s private roads as a matter of public service and safety, particularly those around the Congamond Ponds. The effort has regularly included snow plowing and local patching. Significant stretches of some roads have been repaved by contractors engaged by the Town, most recently, Forest Road.

Upon the urging of First Selectman Melissa Mack, the Town has embarked on a program of converting selected private roads to public. The first 965 feet of Lake Road had been accepted by a Town Meeting on October 10, 2018. This was an outcome of the Lake Road sand pit matter (See The Suffield Observer, November 2018, page 8) but it led to a more general discussion of private roads at that meeting, followed by a study of the benefits of making more such roads public.

At a Town Meeting on February 20, a portion of Griffin Road was the first to be accepted as a result of that study. Town Attorney Derek Donnelly explained that the legal status of such roads is often very uncertain and requires careful research.

Next Article
Phyllis Stafford: a Master of Miniatures
I once thought about living in a dollhouse when as a child…