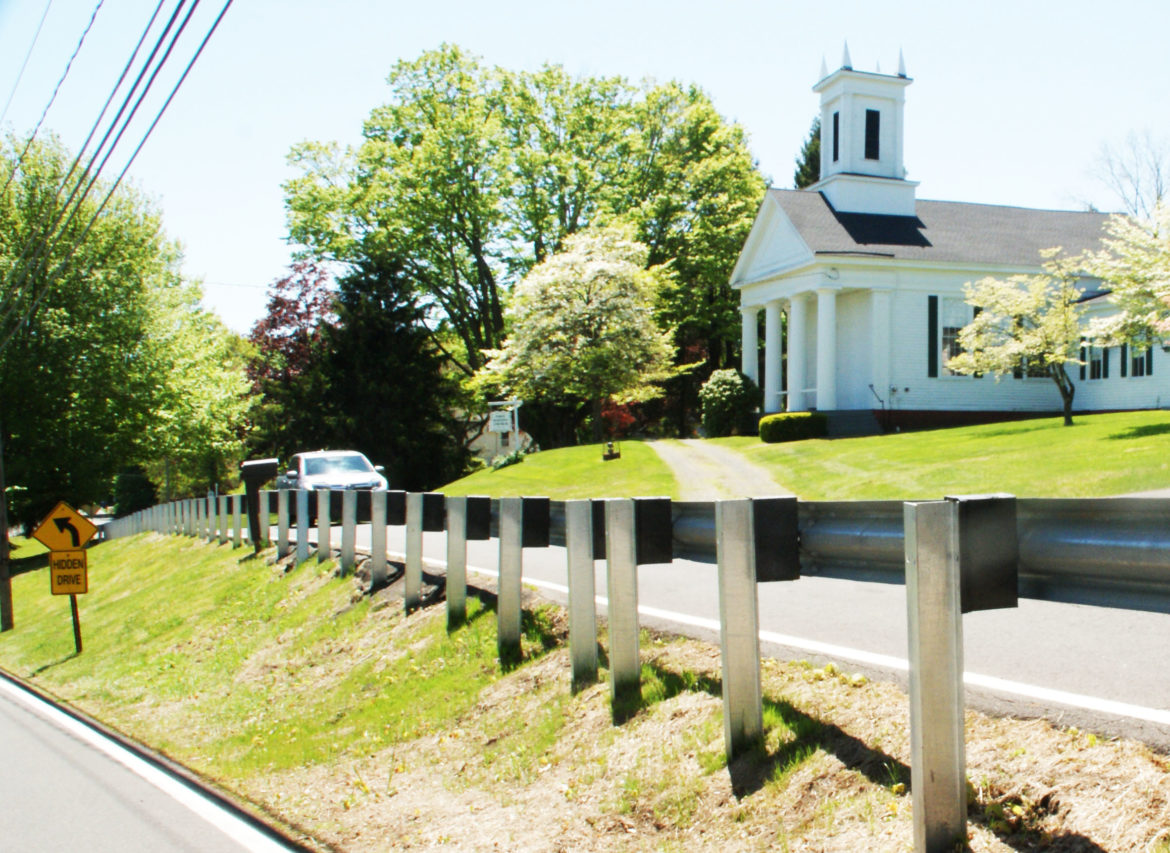 The new guard rail on Hill Street near the First Baptist Church has received some criticism as an eyesore in the Hill Street Historic District.

One of the items discussed at the Selectmen’s meeting on May 20 was the new guard rail running for 250 feet along Hill Street in front of the First Baptist Church.  It was installed several months ago to replace an old wire cable type guard rail that was in poor condition.  The spot requires a guard rail as the terrain drops away sharply there toward the end of Russell Avenue.

The new guard rail, meeting current State DOT specifications, is much more visible than the cables it replaced, prompting residents’ complaints.  It’s particularly noticeable from the church and to westbound motorists on Russell Avenue approaching Hill Street to head north on Hill or west on Spruce.  And as this short stretch of Hill Street has been designated a Historic District, some folks thought the new guard rail was inappropriate.

High Department Supervisor Mark Cervione explained at the meeting, which took place virtually, that this stretch of guard rail cost about $7,000, and replacing it with a more attractive wooden guard rail, designed to meet DOT specs, would cast about $25,000, plus the cost of removing the metal rail.  Installing a cheaper wooden guard rail would leave the Town liable for potential large settlements in the event of an accident with personal injuries.

After brief discussion, none of the selectmen made a motion to take any action, and the meeting moved on to the next topic.