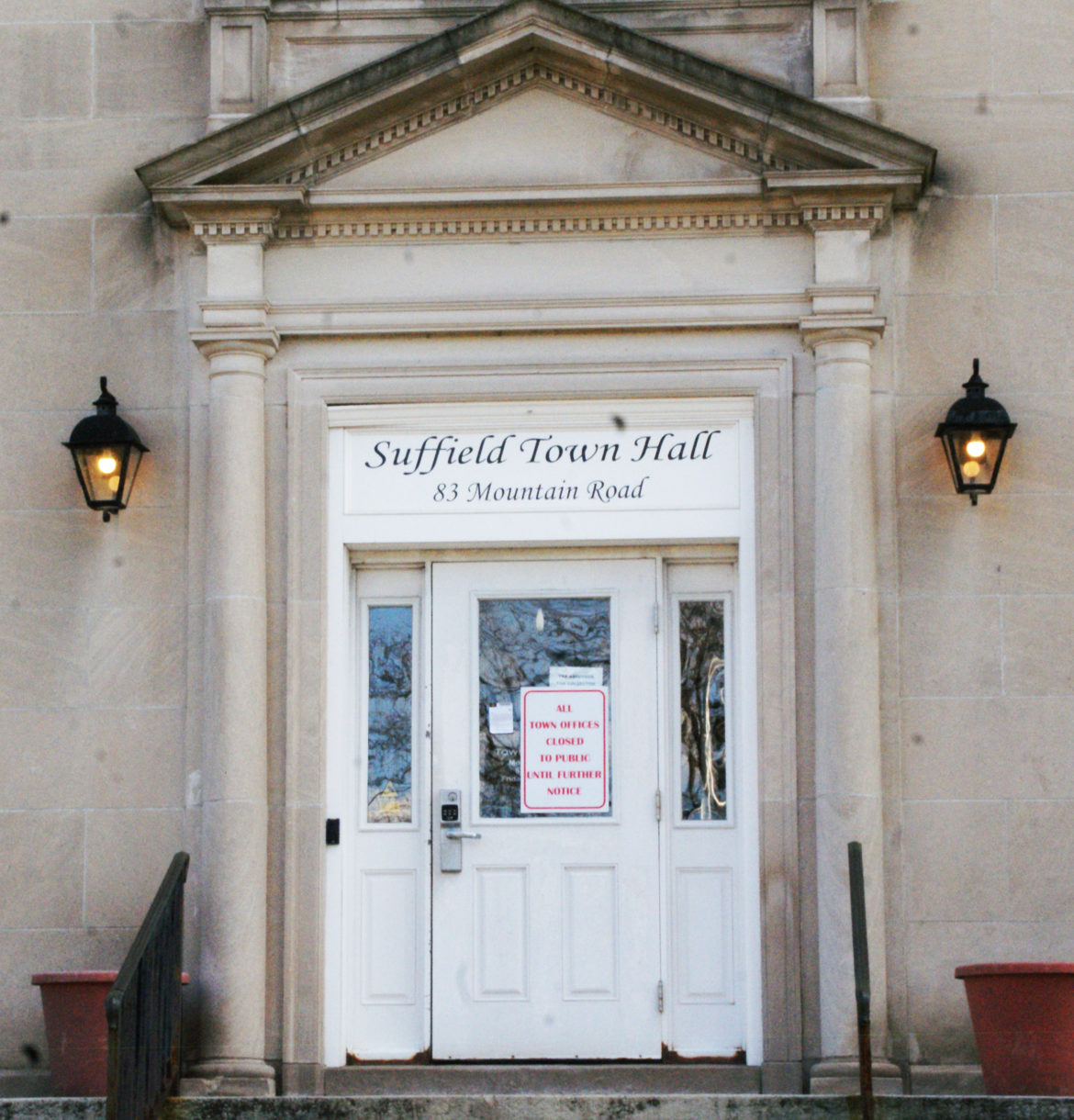 The sign reads: “All Town Offices Closed to the Public until Further Notice.”

Most of what has been happening recently in the Town Hall renovation project is being done by builder Gilbane and architect QA&M, who have been working toward the point where Gilbane can report a guaranteed maximum price for the work specified.  The Permanent Building Committee has not held an official meeting since their February 13 meeting clarified the troubling fact that the renovation would cost a good deal more than the $5.13 million the Town had voted in 2015.

But PBC Chairman Joe Sangiovanni and member Kevin Goff met with Building Official Ted Flanders and architect Angela Cahill to review the construction drawings and plan what revisions were needed.  These changes would reflect decisions made in recent months as the result of value engineering and other cost savings, as well as changes for “add-ons” to define previously omitted essentials, as described in last month’s Observer.  Town Facilities Director Chris Matejek advises that the drawing changes do not include any new change in the planned interior layout of walls and partitions.

According to the minutes of a Board of Selectmen teleconference on April 1 (not yet approved by the Board), First Selectman Melissa Mack updated the Board on the Town Hall project, saying that, if things proceeded as planned, new construction drawings would be provided to Gilbane within a week, and Gilbane would be ready to solicit bids from sub-contractors and suppliers late in April or early May.  Gilbane, as Construction Manager at Risk, would then give the Town a Guaranteed Maximum Price during the week of May 18.  The minutes of the April 1 teleconference report the next step: “Go back to the Town to see if there is interest.”

As reported in the April issue of the Observer (available only in the interactive online edition) First Selectman Mack had reported in the February 13 PBC meeting that $1.0 million of the expected shortfall from the 2015 authorization was available from unexpended authorizations for several completed projects.  She said in her April 1 update that renovation work might begin in June and be completed by the end of next February if the remaining funds are authorized.

In the meantime, with the Town Hall partially emptied for the renovation project before the building was closed to the public for the Covid-19 emergency, only the First Selectman’s office, the Finance Department, and Human Resources remain.  With all Town offices closed to the public, including the “swing spaces” in the former library location on Ffyler Place, many Town employees are working mainly from home.

Next Article
This is our time to shine
Thirty-five years ago, I worked in a mailroom at a company outside…