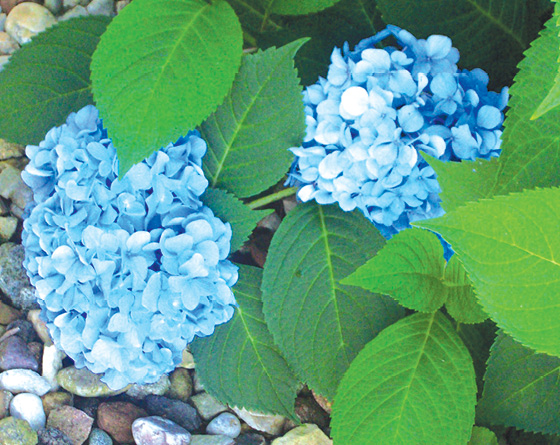 Now let me ask you, is there one of us who doesn’t appreciate the opulent appearance of blooming hydrangeas? Although hydrangeas are, without a doubt, beautiful and one of the most sought-after flowering bushes, there’s a caveat here.

According to the PetMD, hydrangeas are poisonous to cats and dogs, but a very large amount of hydrangea must be consumed by pets to become ill. Since symptoms are usually mild, cases often go unreported. Generally, if enough leaves, flowers or buds are eaten, an animal can suffer from diarrhea and vomiting. Plus, pets may experience lethargy, depression and confusion.

According to the Pet Poison Hotline, the leaves, flowers and buds of the hydrangea plant contain a chemical known as amygdalin. Amygdalin is a cyanogenic glycoside found in many plants. In its natural form, amygdalin is not toxic; however, when it is metabolized by the body (whether it be human, dog or cat), it produces cyanide, which can be toxic to mammals. All parts of the hydrangea plant contain amygdalin, but the highest concentrations are believed to be in flowers and young leaves.

A pet must eat a certain amount of the plant in order to show signs of poisoning. Smaller pets are at a higher risk of poisoning simply because they must consume less than larger pets do to become sick.

I have always displayed in front of our fireplace a large vase full of fresh or dried hydrangeas from our yard. Hmmm . . . maybe dried hydrangeas are not as poisonous as when they are fresh. But this writer will no longer take any chances with neither freshly picked nor dried arrangements with hydrangeas.

Next Article
Memorial Fund Awards Presented
On May 20, the Memorial Fund Committee of the Suffield Garden Club…