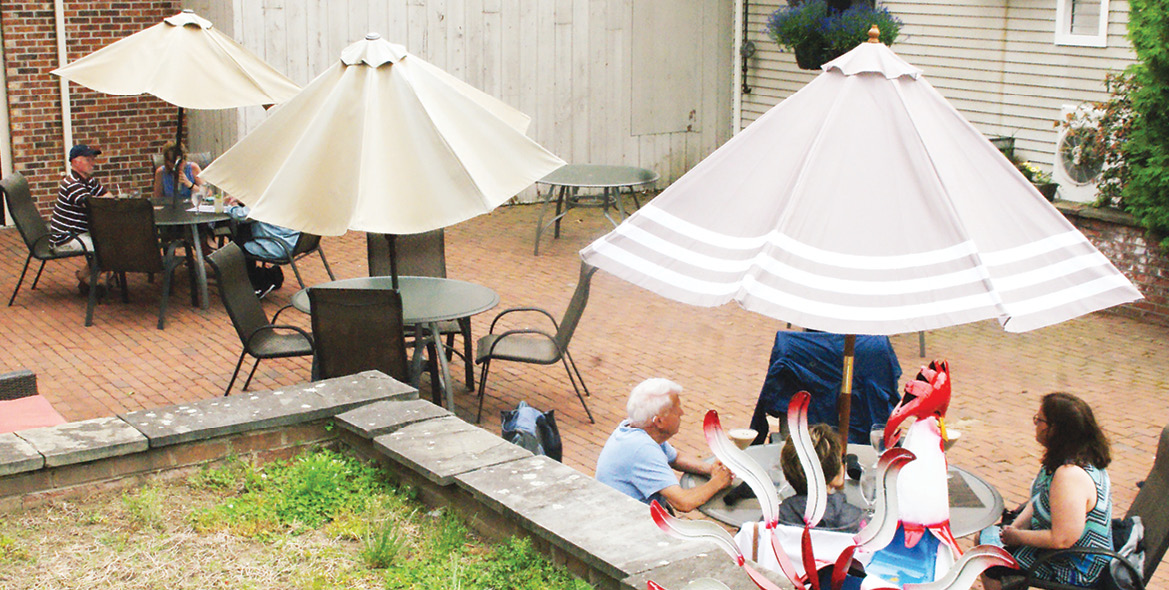 Diners enjoy a pleasant evening near the end of May at Tosca’s added terrace dining space at Suffield Village.

After Gov. Lamont’s May announcement allowing outside dining, it didn’t take long for two local restaurants to take action. There were rules about social distancing, of course, but you don’t have to sip your soup through a straw under your mask.

Suffield Pizza set tables on the sidewalk, with traffic cones keeping cars at bay. Tosca, which already offered a popular covered terrace, set three more tables out on the bricks behind the terrace, near the Indian. Shamrock and Lucky’s pub, like Tosca, had already offered terrace dining, while Pacifica, Francesco’s, and Coco Thai simply don’t have suitable space. Zanto’s and Cheng’s Gourmet hadn’t taken action by press time, though the parking lot at the former CVS Plaza could not be called crowded. And Three Figs? Perhaps the walk from the kitchen to the rear parking lot would be a bit too long for good service.

Subway, Dunkin’ Donuts, and the three convenience stores still offer take-out, of course, along with all the full restaurants and the deli counter at Highland Park Market. And if you’re counting, Scoop du Jour has always had a table outside. Don’t forget the terrace at Broad Brook Brewery’s promised brew pub.

Fifteen places to eat or snack in Suffield? If anyone knows of others, please let us know.

Next Article
Father’s Day Remembrances for Suffield Notables: Blair Childs
My mother said that you should read your future spouse’s yearbook before…