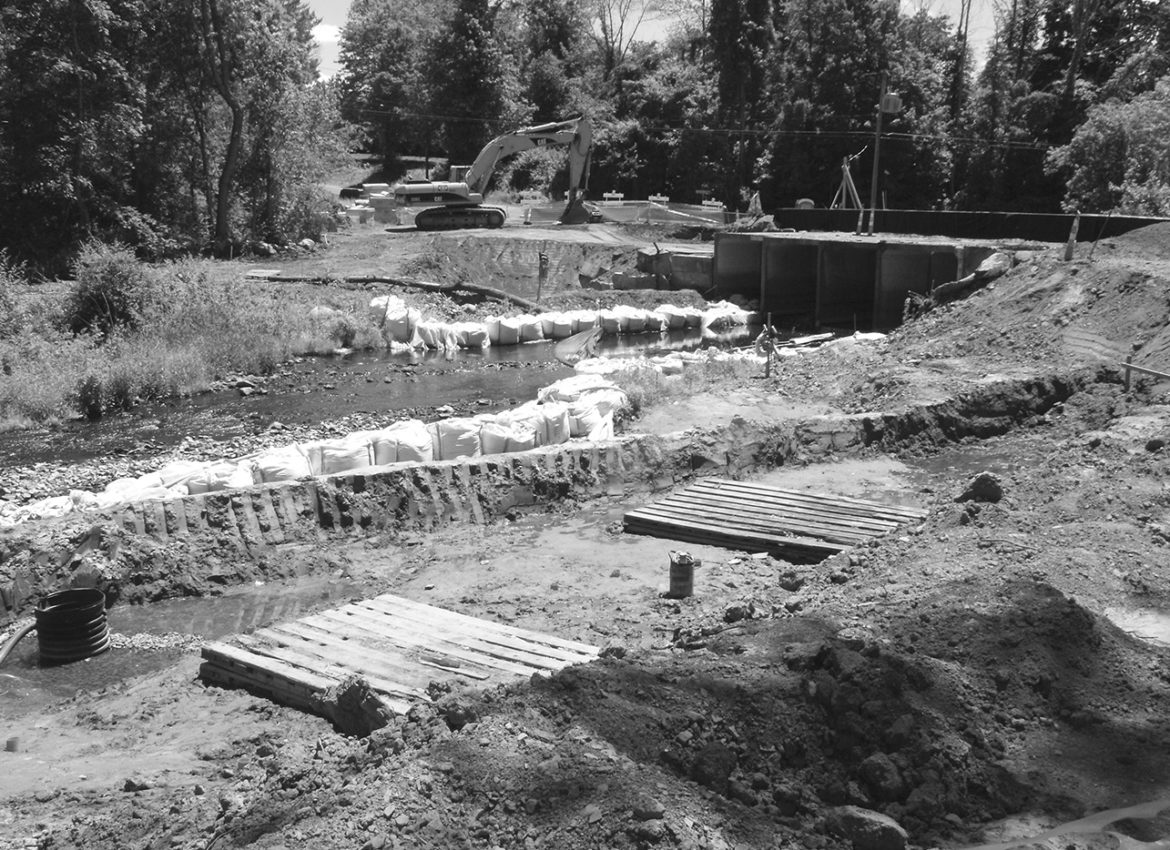 The excavation for the north-west abutment of the new Remington Street bridge appears in the foreground of this June 13 photo, which looks southeasterly across to where the other abutment excavation has also been completed. The remains of the old bridge, stripped of its pavement and side rails, appear at the upper right.

The old Remington Street bridge was closed entirely at the beginning of June, allowing construction of its replacement to proceed more efficiently and maintain the schedule for completion in October. There will also be a significant cost saving compared to the previous plan, which would have maintained alternating one-way traffic during the project.

By mid-June, the Jersey barrier side rails of the old bridge were gone, the pavement had been scraped off, and the bridge looked like what it really was: four big box culverts set side-by-side, a low-cost construction method that provided a bridge with essentially no capitol expense. (This reporter learned recently that the construction was done by local contractor Roger Godfrey in about 1983, not by the Suffield highway crew as previously reported.)

Excavations for the two abutments for the new, longer, single-span bridge were complete by mid-June, and borings had begun for the 16-foot piles that will extend below the abutments. Local residents are being spared the annoying din when piles are driven into the ground by powerful hammer blows. The construction superintendent commented that the boring would take about a month.

As reported last month, the old pedestrian bridge that had been added alongside the Remington Street roadway bridge has been moved intact to the small piece of Stony Brooke Park next to South Street, awaiting plans for its use crossing Stony Brook there, which would allow convenient access to the main section of the park from South Street, previously possible only by fording the brook. (Local swimmers have no problem wading across at the popular swimming hole just downstream.) Both of the abutments of the pedestrian bridge were salvaged intact; they now rest in storage next to the bridge itself.