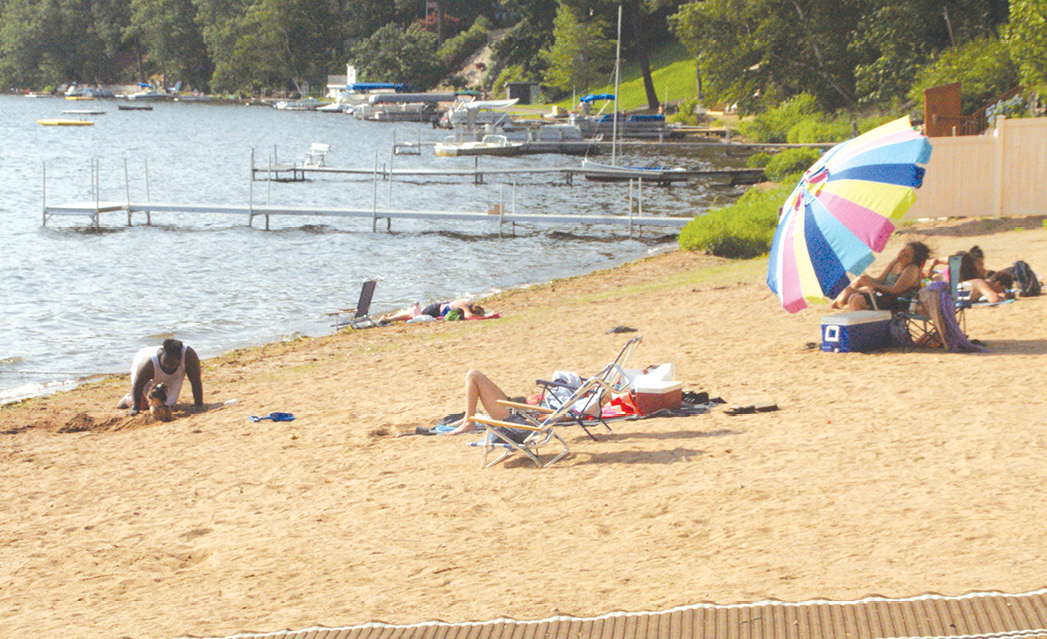 It was a record-matching 99 degrees at mid-day on Sunday, July 19, and still mighty hot in the late afternoon, when this photo at the north end of Babb’s Beach was taken. A few people had left by then, but it was never crowded, according to the Suffield Parks & Rec attendants, who let Suffield cars in free; other groups willingly paid $20 a car.