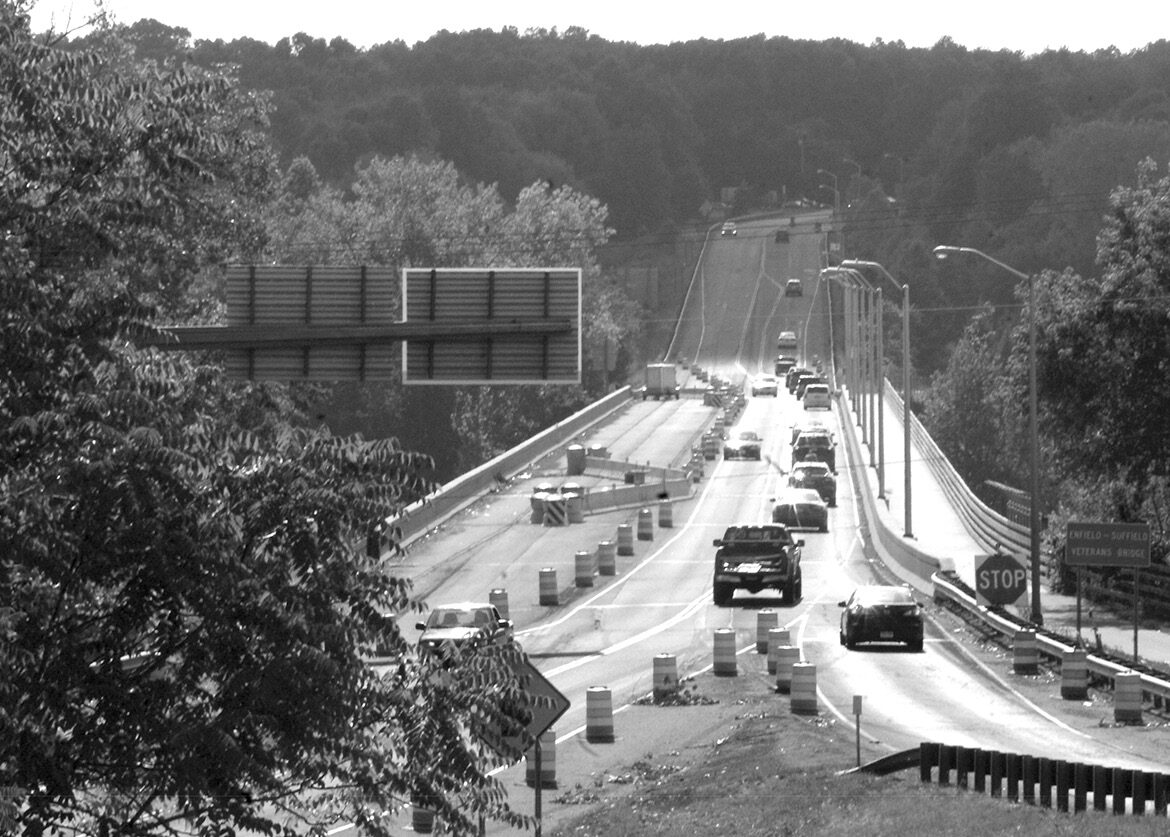 Looking west from Enfield, this recent afternoon view of the Enfield-Suffield Veterans Bridge shows the newly crowded lane, which will be the case for many months as repair work continues.

The Enfield-Suffield Veterans Bridge, opened in 1966, is old enough now that it shouldn’t be surprising that it needs maintenance. The scheduled work is now under way.

The Department of Transportation inspects its bridges regularly with special diligence now after that terrible Mianus River Bridge disaster on Route 95 in Greenwich in 1983. The Enfield-Suffield bridge got some emergency major repairs as a result of those inspections in 2005, followed by scheduled major rework in 2008, 2009, and 2010. The current repairs are more routine.

A public information meeting held in Enfield in 2017 described the work to be done, saying that the anticipated start date would be the spring of 2020 and it would take about eight months to complete. Warning signs went up at the end of May, but lane changes to allow work on the traffic lanes began in July, and some drivers are finding the bridge uncomfortably cramped with the previous eight-foot shoulders gone and the six-foot painted median reduced to a double yellow line.

Current information describes the work as including cleaning and painting key regions of the structural beams, changes to the drainage system, deck joint replacements, and milling and repaving the road surface on the bridge and its approach from East Street. Information from the 2017 meeting included more detail.

The repair contract was awarded to Rotha Contracting Company of Avon, at six and a quarter million dollars. Completion is scheduled for the end of November next year.