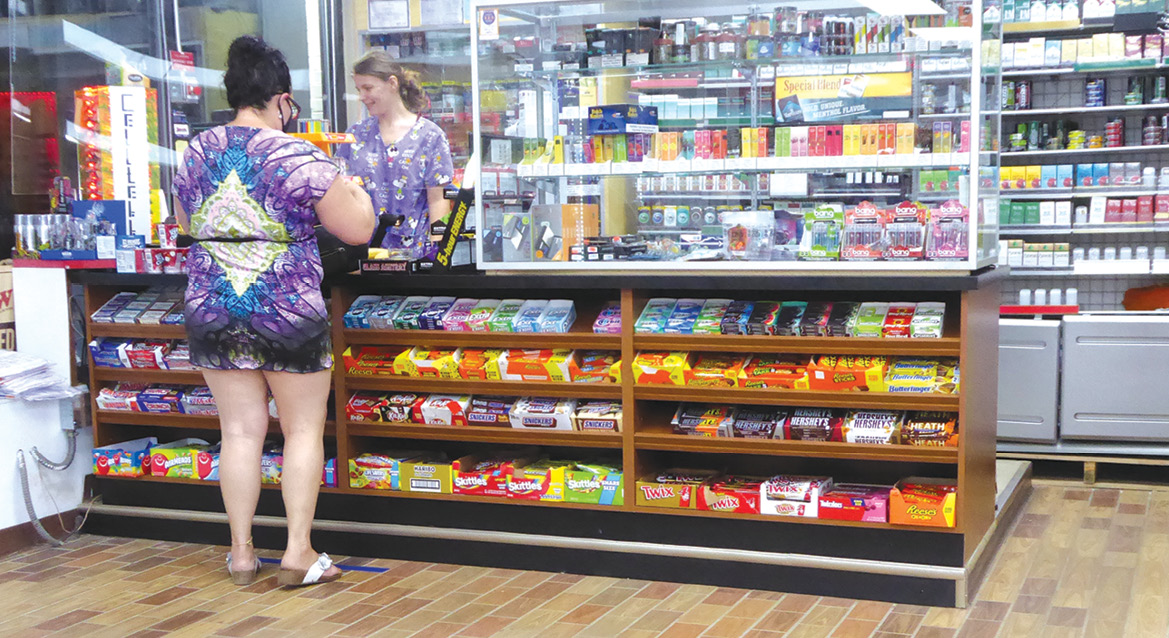 Sequestered behind plexiglass, cashier Abby figures the change for a brief transaction on a recent evening. The old Sam’s gas station/convenience store where East Street North merges into Mapleton Avenue has reopened after many years closed. It’s now “K-Brothers,” and the gas is from Gulf.

It was a bit of a surprise several months ago when a neighbor at what was once called “Dunn’s Corner” saw some activity at the long abandoned gas station there. The business at the intersection where East Street North merges into Mapleton Avenue had closed years ago, but now preparations were being made to dig up the old tanks. New tanks were soon installed, and the spot slowly took on new life. It now has six Gulf gas pumps in three islands under a large, overhanging shelter and a refurbished, though not expanded, store. In late August the station opened for business.

During this reporter’s visit, proprietor Khalid Aslam was stocking the shelves and display boards, which are extensive and comprehensive, with all one expects from such a facility plus more. There was even a rack of work gloves along with the usual soda, candy, key grocery items, automobile supplies, cigarettes, and of course a giant display of lottery cards. Outside were the ice chest and the propane tanks. It seemed more than the typical range of such merchandise, though nothing like those big rest stops on the Mass Turnpike.

This review won’t attempt to report or compare the price of the new station’s gas; prices change too easily. The posted hours are 6 a.m. to 11 p.m., seven days a week. That certainly is a convenience. Check it out.