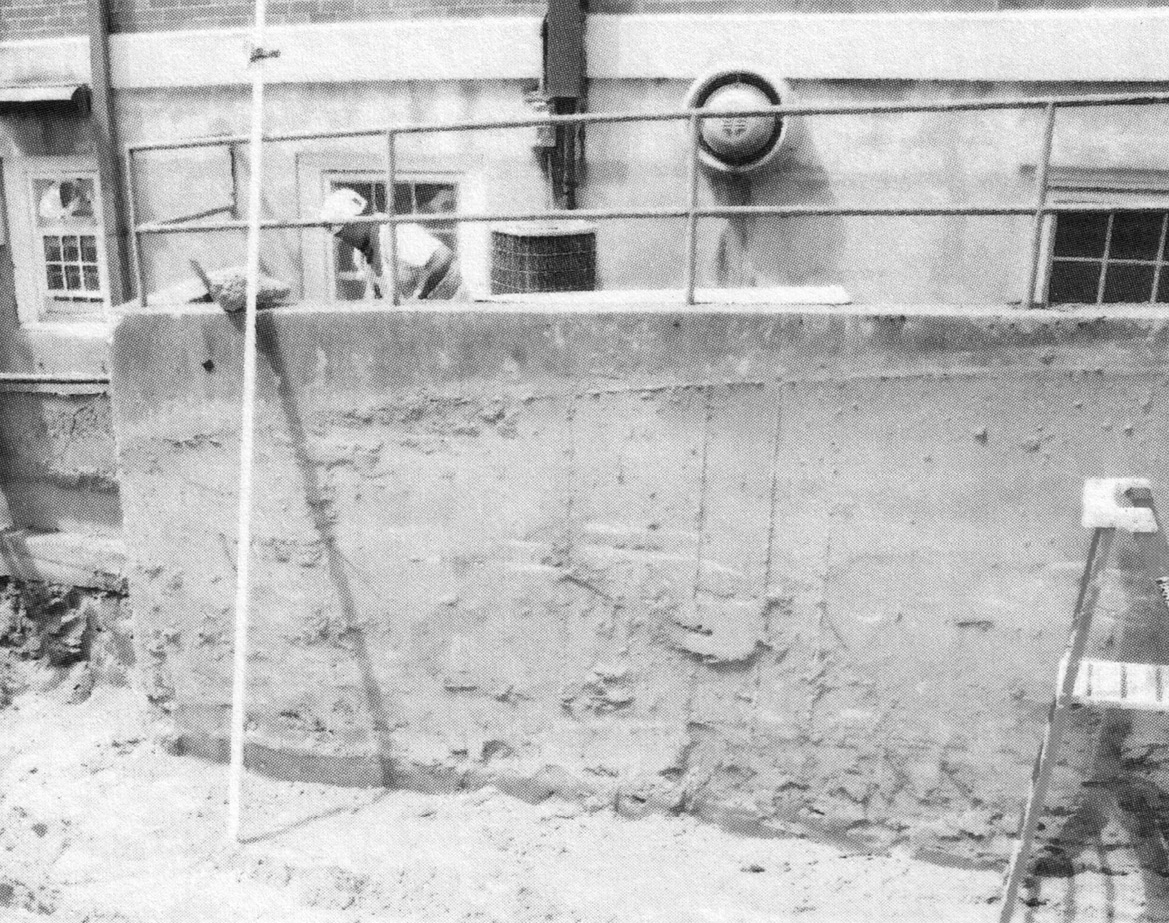 A construction worker is pictured inside the large lower level window well on the east side of the Town Hall. The area around the uphill sides of the building had been excavated to install drainage pipes on the front and sides of the building, ameliorating the ground level leakage problems that had plagued the building for years. The excavations were refilled several weeks after this late August photo.

A substantial part of renovating of our almost sixty-year-old Town Hall was the selected demolition and hazardous material abatement that occupied most of August. That work, which pertained mostly to asbestos, was completed with no significant surprises, to the great relief of our Town management, who cannot forget the expense and delay caused by the discovery of PCB in the recent library project. Town Hall work is now concentrated on moving forward with new construction.

There was one expensive surprise, though, when it was discovered that the planned shift of a wall in the lower level, to accommodate the planned new office layout, would remove the support of floors above. Suggestions to install a column met with strong objection from the building department, whose layout plan would be severely affected. The Permanent Building Committee (PBC) recommended new support beams. These have been ordered, at considerable expense, but still within the contingency allowance.

A clay drainage line discovered during excavation for the concrete floor of the new records vault is the only addition to the building’s footprint in the project. It is believed to have been for the floor drain of the former police garage, a two-lane, drive-through space where the recent conference room was situated. As a conservative measure, the clay pipe is being replaced by cast iron.

The required new front door has been ordered; project architect Angela Cahill of QA&M described the planned design and its ornamentation to the PBC on September 3. It will be a white aluminum door with a wood grain finish. Cahill also described her plans to define suitable landscaping for the new switch-back ramp at the front entrance. She said that the construction drawings now define a starkly unlandscaped appearance.

Materials for new construction inside have been arriving, and that work is under way. Construction of the new vault was planned to start in September. Facilities Manager Chris Matejek reports that the project is on schedule for completion by the end of the year.