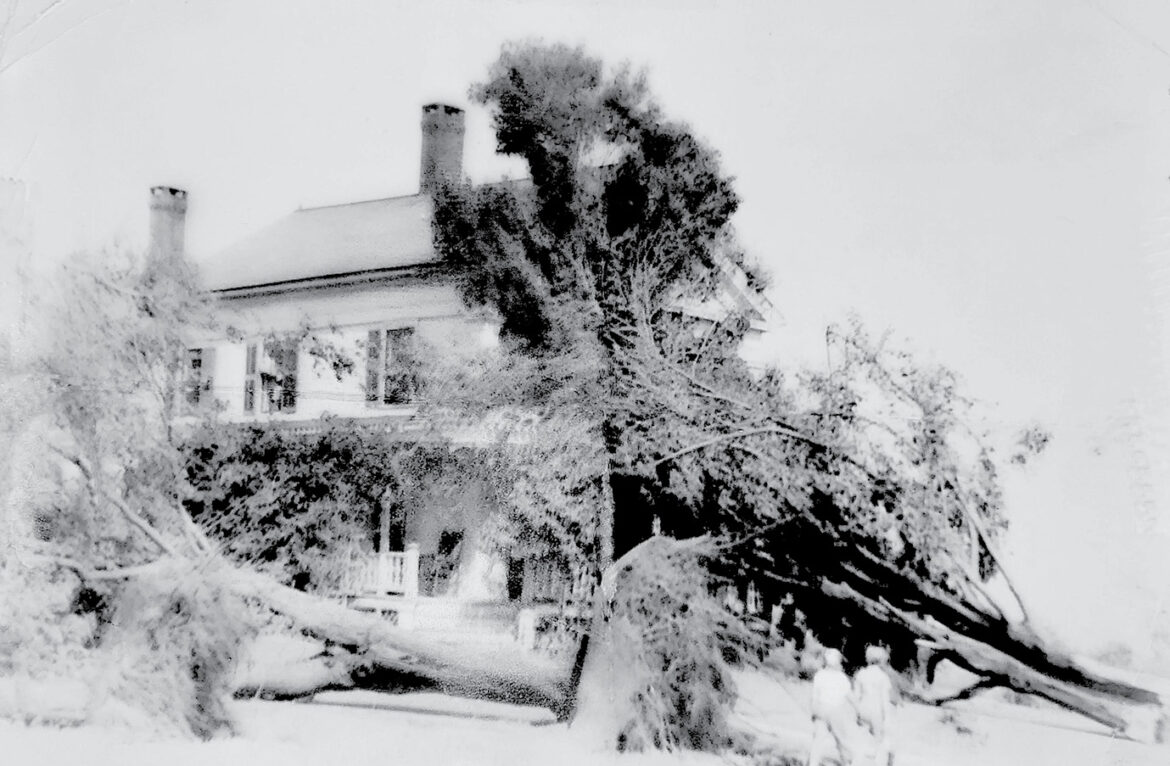 Photo provided by the Suffield Historical Society, to whom the current residents had donated several photos

Two neighbors walk up to see the damage at Franklin Fuller’s house after the Great New England Hurricane had torn through Suffield in September 1938. The old building at 1189 Mapleton Avenue was built in 1850. It had been in Franklin Fuller’s family since the turn of the century. The uprooted tree mostly missed the house, but the broken-off tree may have smashed the front porch. If so, it was repaired, as shown in a later photo. That porch was gone before 2016, when the current residents moved in.

Next Article
What’s Your Number?
What’s your number? That question can mean different things to different people.