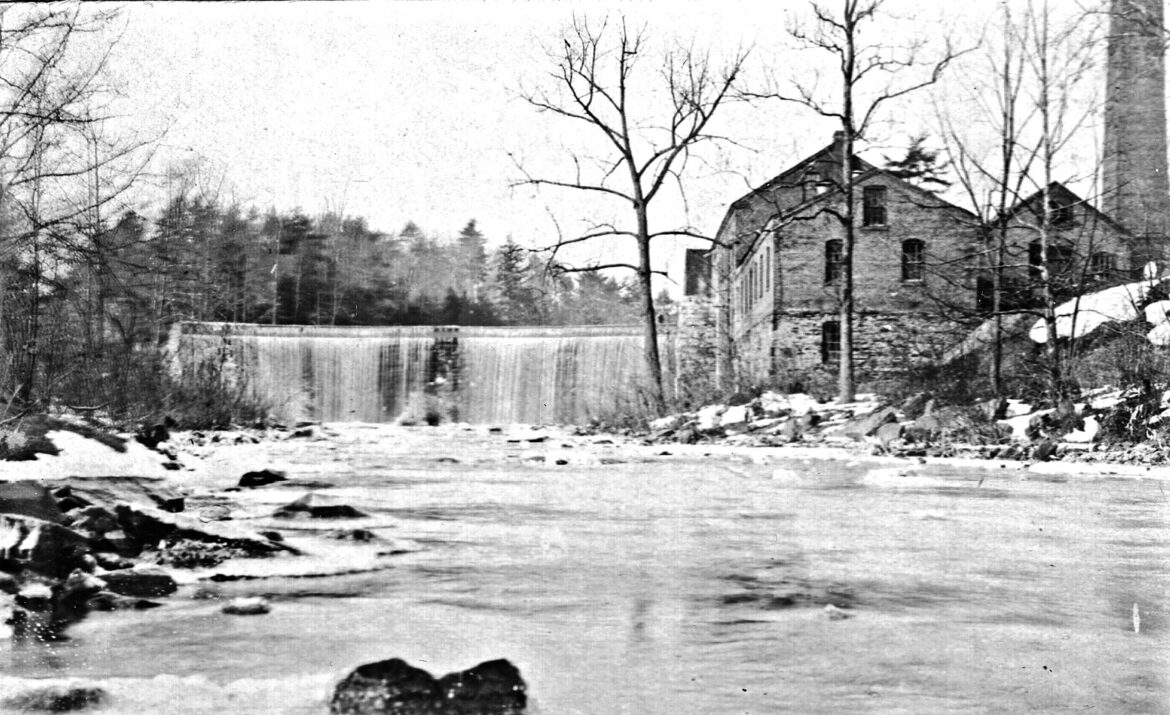 Taken in about 1898 looking upstream near the mouth of Stony Brook at the end of Paper Street, this old photo shows the Franklin Paper Mill in its third embodiment. The first, a frame building erected in 1801 by Harvey Bissell and Henry Pease, burned in 1866. Rebuilt in brick, it burned again in 1886. The next replacement, operated by the C. H. Dexter Company in Windsor Locks, burned in 1914. Most of the remains of that fire were washed away when the dam failed in the August 1955 flood, an event watched with caution by the editor of this Observer feature, whose home on Paper Street was just upstream of the dam.