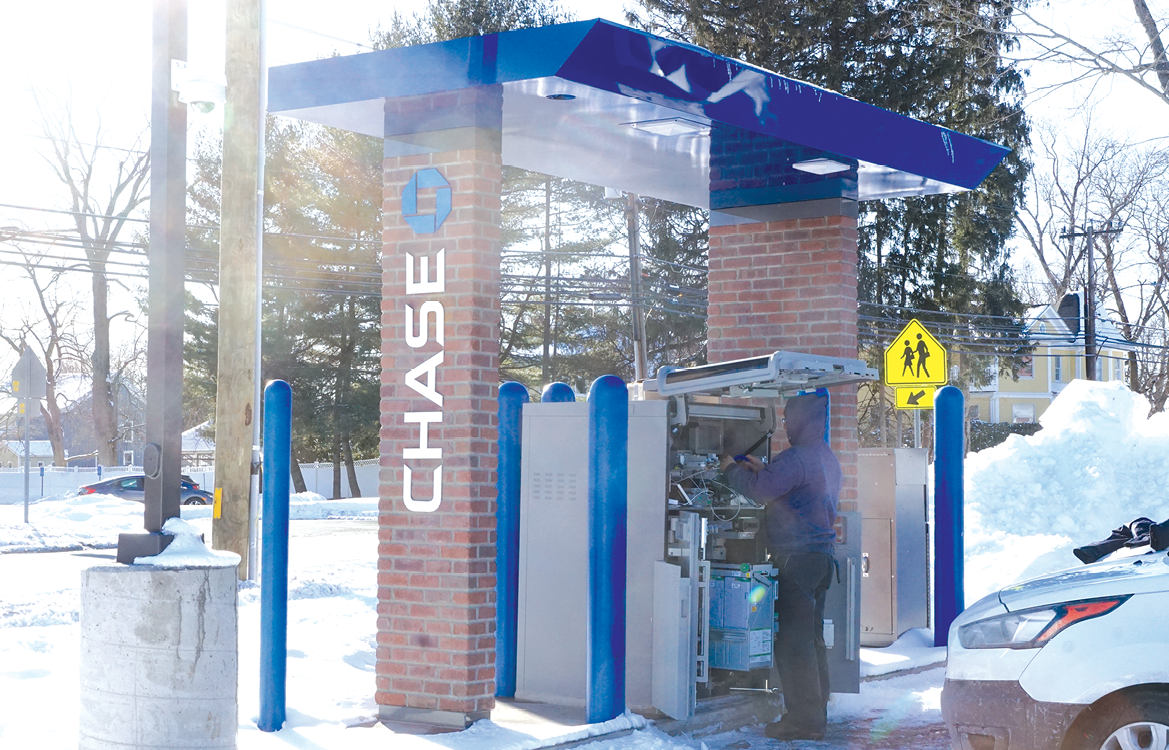 On February 8, a security technician installs the systems and sets the codes in Suffield’s newest ATM. Next to the Bridge Street sidewalk on the Suffield Village parking lot, it is only a few yards from the adjacent PeoplesBank ATM. The technician said the system was now prepared to be loaded with cash, which he thought might take place within a week.

But it isn’t a full branch office. This is a drive-up ATM installation for Chase Bank on the edge of the Suffield Village parking lot off Bridge Street. It’s right next door to the recently updated teller window and ATM at PeoplesBank. Construction began the first week of January, and from the looks of its concrete foundation and its attachment bolts, this ATM is unlikely to be dragged off by an SUV with a rope.

The installation was approved by the Planning and Zoning Commission in their October 2020 meeting after a public hearing. As the new convenience is within the town’s Center District Commercial Zone, the design was reviewed by the Suffield Design Review Board. They approved it after their recommended changes were incorporated.

Next Article
Grant Seekers Invited to HFPG Zoom Meeting
Applications for Suffield-based proposals are being accepted until Thursday, April 1, 2021