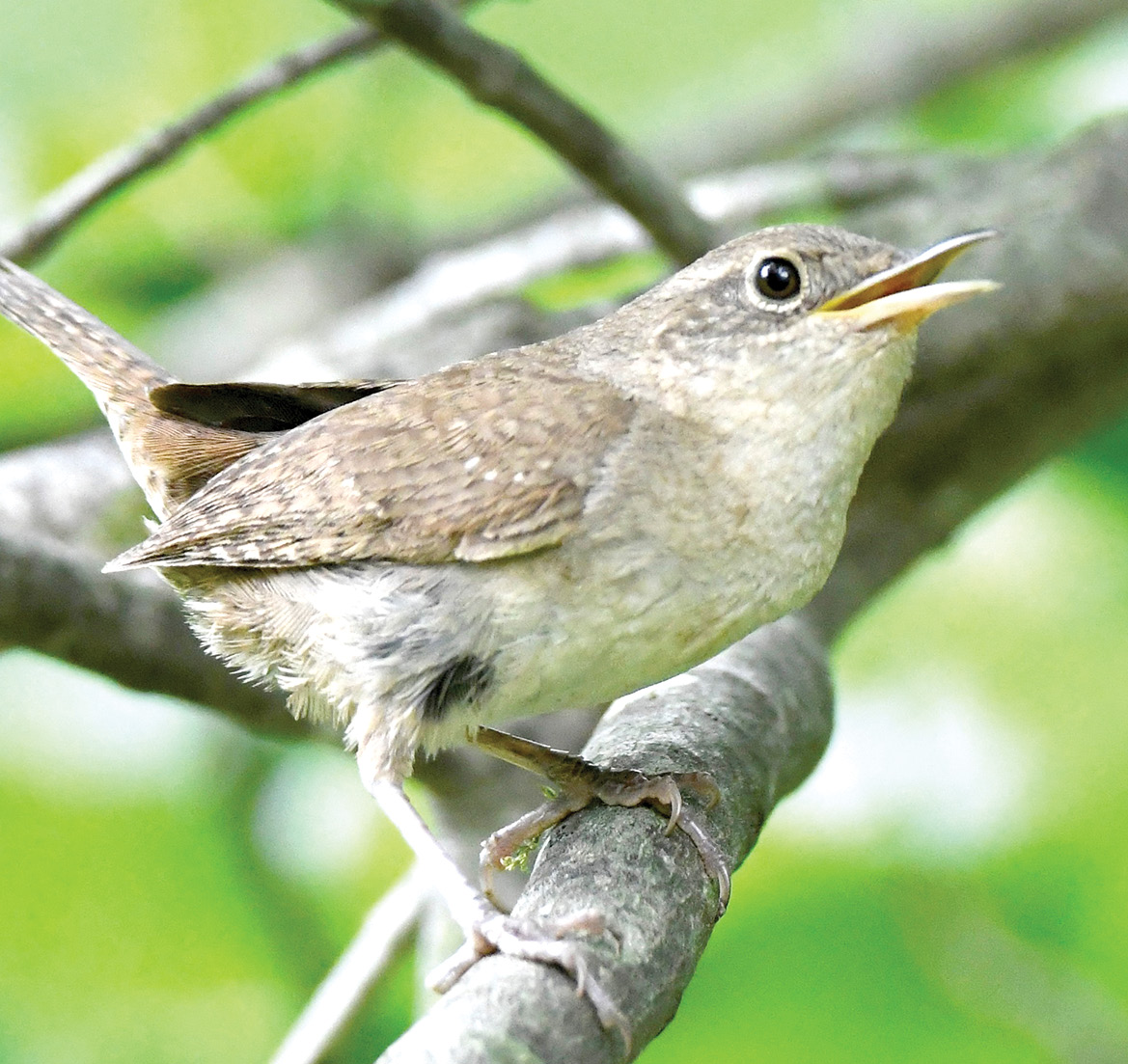 You will often hear the effervescent voice of the wren before you spot him flitting around a bushy and wooded area.

This is the way I remember it. A cryptic message was left on my phone, the voice fading in and out, making it a challenge to recognize. A subsequent meeting was set up in Bruce Park; I can’t recall whether it was dawn or dusk, but the park was desolate when I arrived. I heard her car roll to a stop, and she emerged with a large linen pillow case clutched to her chest. She kept her voice at a whisper as she gave me the back story to a book, The Lost Words, that she would soon unveil. Apparently, the Oxford Jr Dictionary had eliminated some words from their children’s dictionary. Many of these words were nature based, and Robert Macfarlane and Jackie Morris knew something about children and nature, so they collaborated on a volume honoring these lost words. That book is a real treasure. I leafed through the pages to find brambles, kingfisher and wren, all outcasts from children’s vocabulary according to the Oxford folks. But Macfarlane and Morris were not going to let these words go without a fight. They wrote and illustrated a visual feast as a plea to save those words from extinction.

So I headed home, tracked down my own copy and blabbed about the book to anyone who would listen. Fortunately, I do cross paths periodically with the person of mystery who turned me on to this book. We share the same alma mater, often causing us to lapse into the school fight song in the cookie aisle at Highland Park. But these days when the final note is sung, we revert to a more serious demeanor as we lament the lost words, and think of Macfarlane’s masterpiece. And whispered voices seem far more reverent when you have a treasure to share. It is best shared in quiet moments while one is looking over one’s shoulder fearing the worst. It all adds to the value of the treasure.

So I’ll clutch Lost Words to my own chest and ponder all the vocabulary that must belong to children. Words like mud, hopscotch, sticks, and dandelion chains should not be replaced by technologically rich ones. One of the lost words in Macfarlane’s book includes a favorite bird, the wren. This darling bird is feisty, industrious and full of energy. What child wouldn’t be enthralled by the wren? Wrens are small perky reddish brown birds with erect tails. They are insect eaters, and both the House and Carolina varieties make Suffield their home in the warmer months. The Carolina Wren constructs a dome shaped nest, while the House Wrens have been known to fill birdhouses with sticks to discourage competition and to provide a platform on which to build a small nest for their broods. Again, what kid doesn’t love stockpiling sticks? Cast another vote for the wren. The wrens sing around the clock and are on the move most of the time during the daylight hours. They are a pint sized package of a bird with a big personality. And it sure seems to be a shame that they have been banished from the children’s dictionary. Maybe Macfarlane’s plea will have them reinstated.

It feels good to hang on to a glimmer of hope. If it were up to me to cut a bunch of words from my dictionary starting in alphabetic order, I’d eliminate aphids, beets, and COVID-19. That seems like a good place to start.

Next Article
Is It Spring Yet??
Bluebirds on their nesting box.