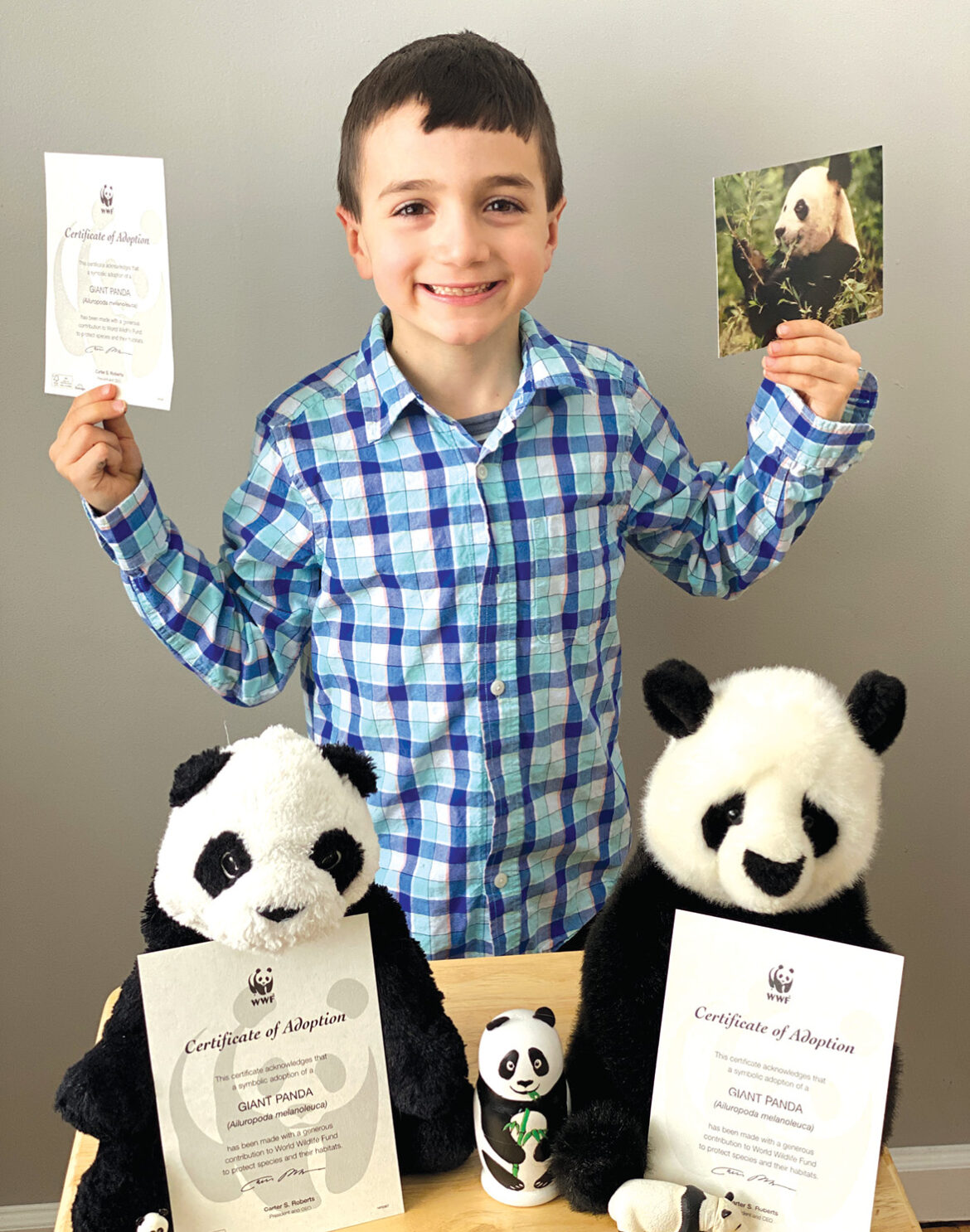 Concern for animals and, more broadly, the world, motivated Suffield resident Gianni DeLucco to take action. A McAlister Intermediate School third-grade student, Gianni formed a kids’ club in September 2020 named Bamboo Panda Protection, to benefit pandas and other wildlife. Gianni and club members Evan, Liam, Nicholas and Gianni’s siblings Anthony and Mia meet once a month, weather and safety concerns permitting, in a backyard clubhouse to plan how they can improve animal lives.

Raising $150 through candy bar sales was the club’s first success, resulting in a donation to the World Wildlife Fund (WWF) to adopt six pandas. Gianni even prepared and delivered a presentation to extended family members to encourage them to donate as well. No…Bamboo Panda Protection isn’t expecting six pandas to show up – adoptions are symbolic. Donations are used to work on immediate threats to animal conservation and their environment.

What’s next on the agenda for Bamboo Panda Protection? In a word – koalas. The club will focus their next fundraiser on adopting koalas, another animal highly susceptible to habitat loss.

Gianni and his club demonstrate how young people can raise awareness and make a difference. Anyone interested in joining the club and/or making a donation can contact Bamboo Panda Protection at bamboopandaprotection@gmail.com.

About: The World Wide Fund for Nature (WWF) is an international non-governmental organiztion founded in 1961 that works in the field of wilderness preservation and the reduction of human impact on the environment. It was formally named the World Wildlife Fund, which remains its official name in Canada and the United States

WWF is the largest conservation organization, working in more than 100 countries and supporting around 3,000 conservation and environmental projects.