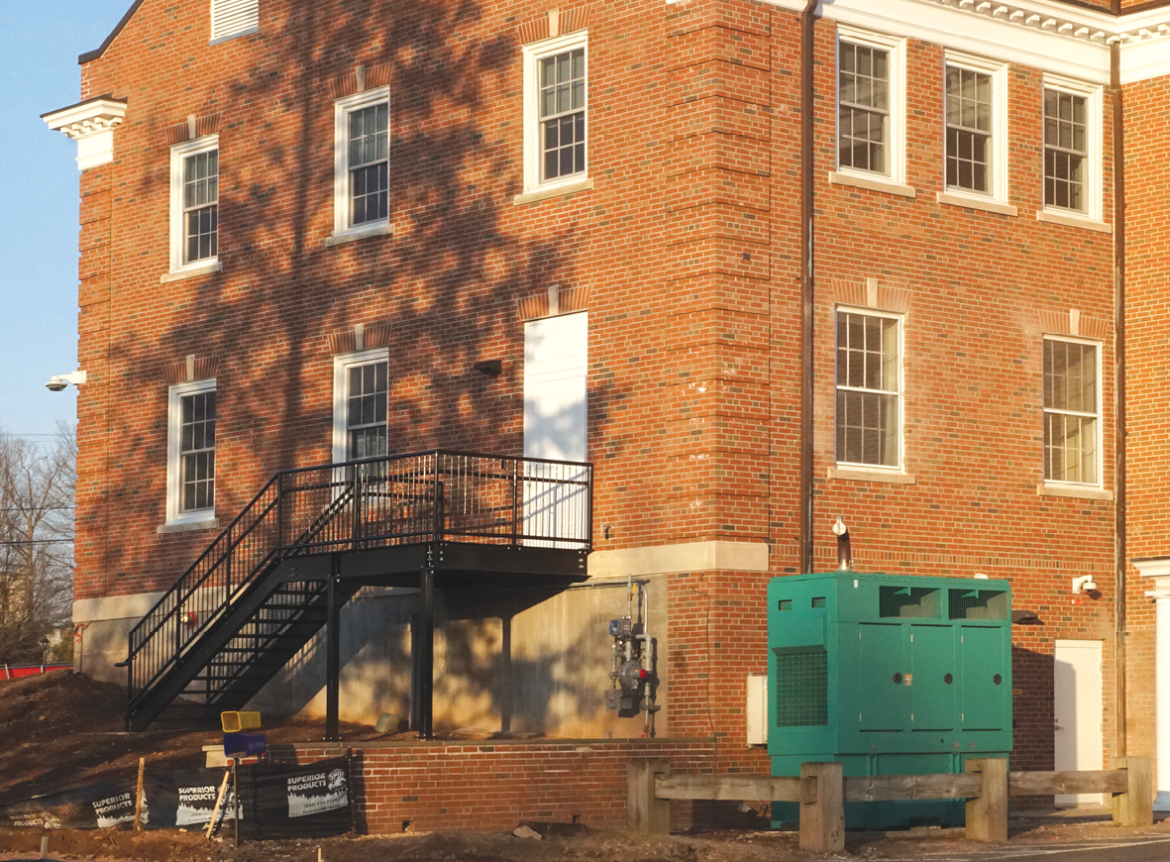 The fire escape from the Town Hall’s new conference room is shown here. The door from that room takes the place of one of the three windows of the town clerk’s former vault. The other two windows, specially made for security (at the right, above the emergency generator), are to be replaced with standard windows.

Preparations for the long-anticipated move into the renovated Town Hall continue, but even when the move is complete, “normality” will probably not arrive for a while. The Town’s appropriately cautious concern about COVID-19 will still be with us. Human Resources Manager Karin Ziemba advises that, as of now, no Town employees are working from home. All Town offices, temporary or otherwise, have been closed to the public. So it may be a while before the public can fully appreciate all the upgrades.

Of the Town departments, Town Clerk Kathy Dunai advised that the State has now approved the Town Hall’s new records vault. She expects that the clerk’s office will move in mid-April, when the old record books will be returned from their storage in a private, climate-controlled, secure warehouse in Windsor. The Parks and Rec Department moved last May from the Town annex to two rooms of the Senior Center. When all the moves are complete, there will be no departments in rental quarters – one of the administration’s goals.

Furniture has been arriving at the Town Hall, Bill’s Landscaping has taken down some trees in back, driveway changes in front have begun, and local completions have proceeded inside, unseen. The railings for the front steps and access ramps are expected this month and won’t take long to install. Seeding and paving await suitable weather. (It’s a sunny, 25-degree afternoon as these words are written.)

The fire escape from the new conference room on the west end of the first floor (required by state code), was installed apparently with no final plan for what those who descend the stair would step off onto. A regraded lawn? A sidewalk to the north? That issue is being discussed. The emergency exit door occupies the location of one of the three windows of the former Town vault. It was later realized that the other two windows, with their security grills distinctly visible in the end of the conference room, were now unsuitable. New windows have been ordered; their installation is planned for early April.