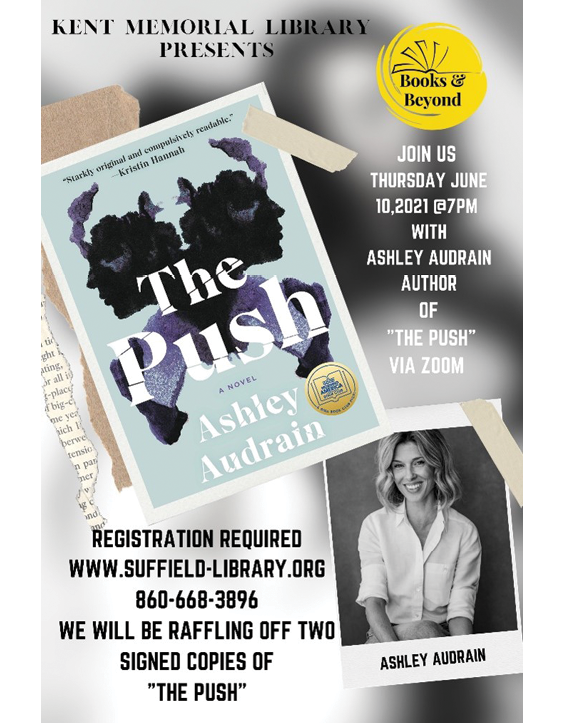 Kent Memorial Library’s “Books & Beyond” series continues on June 10 with New York Times bestselling author Ashley Audrain, who will be discussing her debut novel The Push. Ashley is a native of Canada and will be joining us from Toronto, where she currently resides with her family.

The Push is Ashley’s first novel and has already created a big buzz. It is a tense, page-turning psychological drama about the making and breaking of a family, and about a woman whose experience of motherhood is nothing at all what she hoped for–and everything she feared. The Push is a tour de force you will read in a sitting, an utterly immersive novel that will challenge everything you think you know about motherhood, about what we owe our children, and what it feels like when women are not believed.

Heyday, the production company run by Once Upon a Time in Hollywood and Marriage Story producer David Heyman, has acquired the film and TV rights to The Push.

Pick up your copy of The Push at Kent Memorial Library.

Registration is required for the discussion. www.suffield-library.org or at 860-668-3896

We will be raffling off two signed copies of The Push.

Save the date for our July author discussion with Gabrielle Glaser and her book American Baby on July 15 at 7 p.m.

Next Article
Book Collection Takes Off
On Saturday, May 1, the Friends of Kent Memorial held their first…