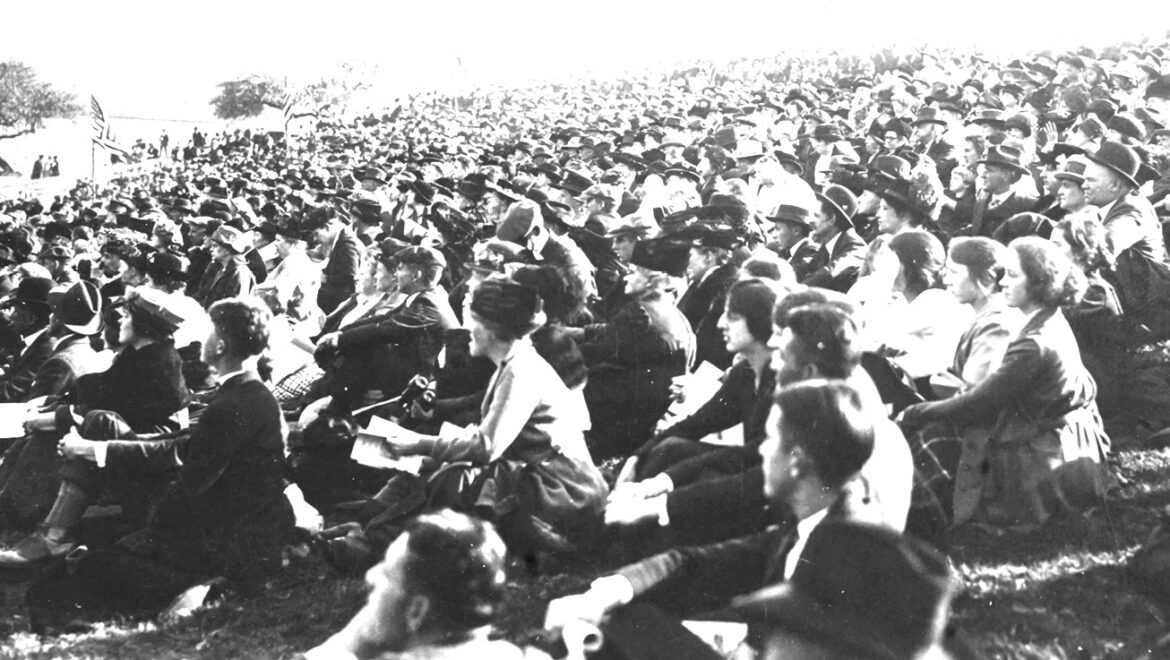 Photo from the Suffield Historical Society

Photo from the Suffield Historical Society The celebration of the town’s quartermillenial anniversary on three days in October 1920 included a major pageant. On October 13, a crowd gathered on a hillside by Schwartz Pond on Stony Brook to view depictions of key events in Suffield history, with hundreds of costumed participants. The crowd, pictured above, was estimated by the Hartford Courant as 5,000 spectators, many of whom arrived by the nearby trolley. The town’s population then was 4,070. The pageant’s location is now the backyard of two homes on Jacqueline Circle.