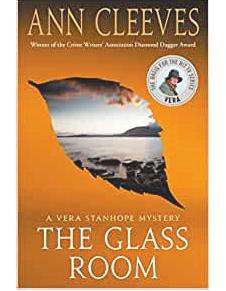 If you have watched PBS on Sunday night you may have seen “Vera”. Vera Stanhope is a Detective Inspector. Her closest neighbors and friends are Jack and Johanna and her Sargent and sidekick is Joe Ashworth. Joe is low keyed and quiet, but a good observer and very helpful in solving the crimes they are called upon to investigate.

When Vera arrives home one night, she finds Jack waiting for her in her house because his wife Johanna has disappeared. She had been acting strangely, and he is very worried about her. Vera tracks her down to a nearby house which at a writing seminar and, sure enough, Johanna is there. But there is also a man there who appears to have been murdered, and Johanna is found wandering around with a bloody knife in her hand.

Well, that doesn’t look too good for Johanna, but of course then it turns out that there are other suspects. Among them the mother and son who own the house, and the writers who are there for the clinic.

There are many twists and turns. A second murder is very difficult to figure out in terms of who the murderer might be. Vera’s partner Joe is a very likable character. He is married with three small children and is not averse to working late, so he does not have to give them their baths at night.

I enjoyed the book very much, more than the series on PBS. C.M.

Note to our readers. Peggy was not available to write a review this month. She will resume her reviews next month.

Next Article
Friends Give Back to the Community
On June 3, the Friends of Suffield distributed its 2021 grants during…