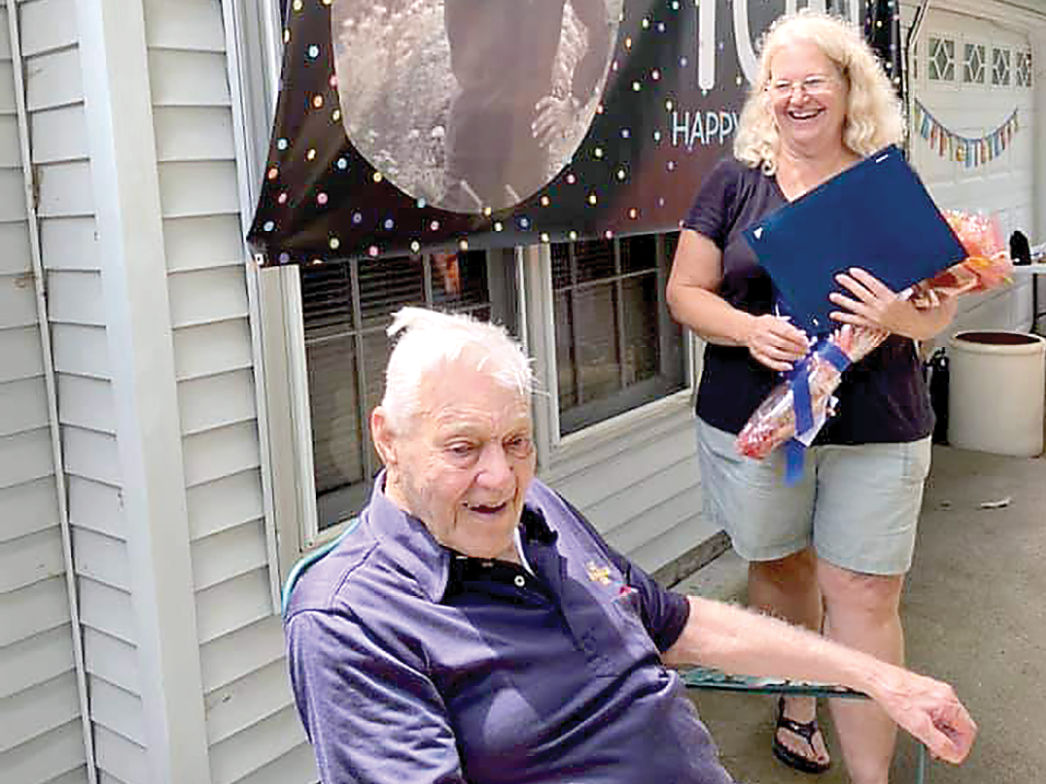 Bill Harrison, a long time Suffield resident before retiring to Florida, celebrated his 100th birthday in Virginia Beach with family and friends. Bill, a retired Suffield Police Officer, WWII vet and former First Selectman, was honored on June 11 by a military parade and community members including VFW members, the Virginia Beach Mayor, and Delegate Glenn Davis. The Suffield police sent a card signed by all officers and awarded Bill the Chief’s Award for Excellence.