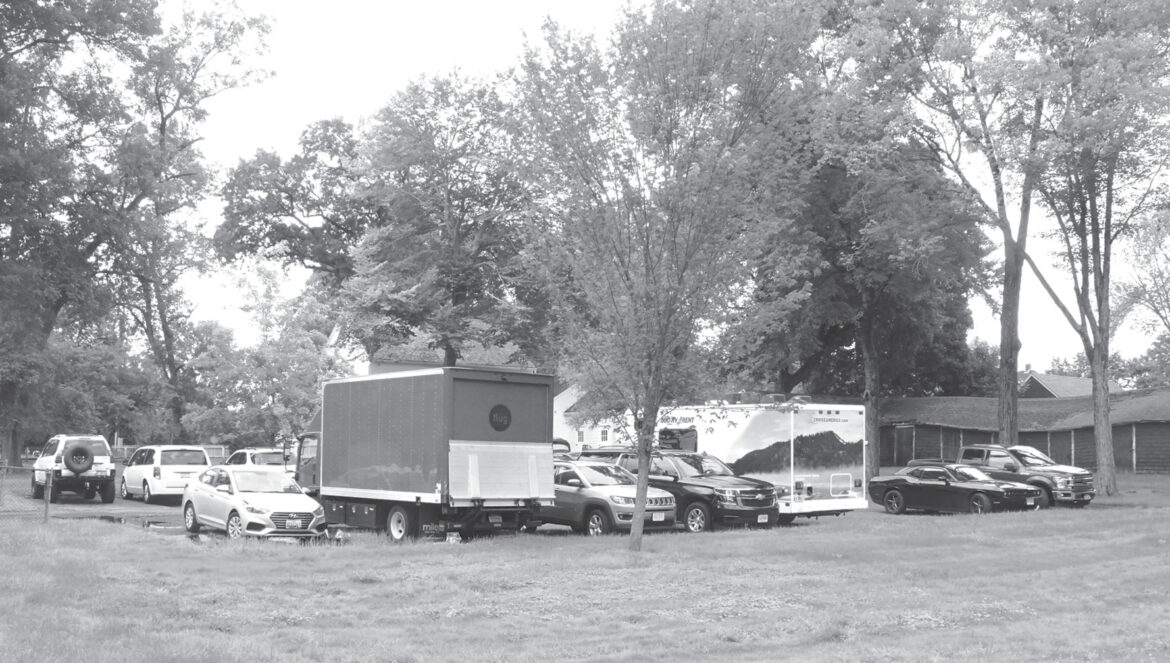 The King House Museum parking lot was crowded with a movie production crew for several days in July.

A Hallmark movie production crew came to town for several days in July to shoot scenes at a selected location. Most of the action took place inside the Delvecchio house, the gated mansion now for sale at the South Main Street traffic light where Route 75 turns off onto South Street. Unfortunately, interested Suffieldians who were clued by Facebook could observe very little beyond comings and goings.

A few steps away, however, the King House Museum at the Kent Avenue corner provided a handy parking lot for the crew, and this reporter/museum curator came into contact with a few of the staff. The crew also parked a couple of dozen vehicles at the parking lot behind St. Joseph’s Church, and some more at Sacred Heart Church, where they used Father Ted Hall as a staging area. At the King House, there were cars, trucks, and up to three big RV’s, each marked for one of the stars, who could use them as personal retreats during periods of time off. One was marked for Corbin Bernsen, another for Janine Turner. Both, reportedly, are well-known actors.

The crew was generally fed by caterers from a kitchen tent next to the house, with tables under umbrellas nearby, so local restaurants weren’t used, though on at least one occasion someone drove his car off to Dunkin’ Donuts and came back with eight coffees to be walked back to the set. On the last day, long tables were set up on the lawn for a final dinner for the crew.

The movie’s plot involves a Manhattan writer who visited a Connecticut home. It’s a horsey story, so most of the action took place at Meadowbrook Farm, a substantial equestrian center in Marlborough, Conn. Some scenes were shot in Hartford, as well. The working title, “Love at the Steeplechase,” may become the final title, according to the production assistant I dealt with. He added that the movie might be released in about four months, but the Hartford Courant reported on July 27 that its premiere would be September 25.

Next Article
Annual SVAA Awards Distributed
The appropriate theme for the evening, “Celebrating 45 years of service to…