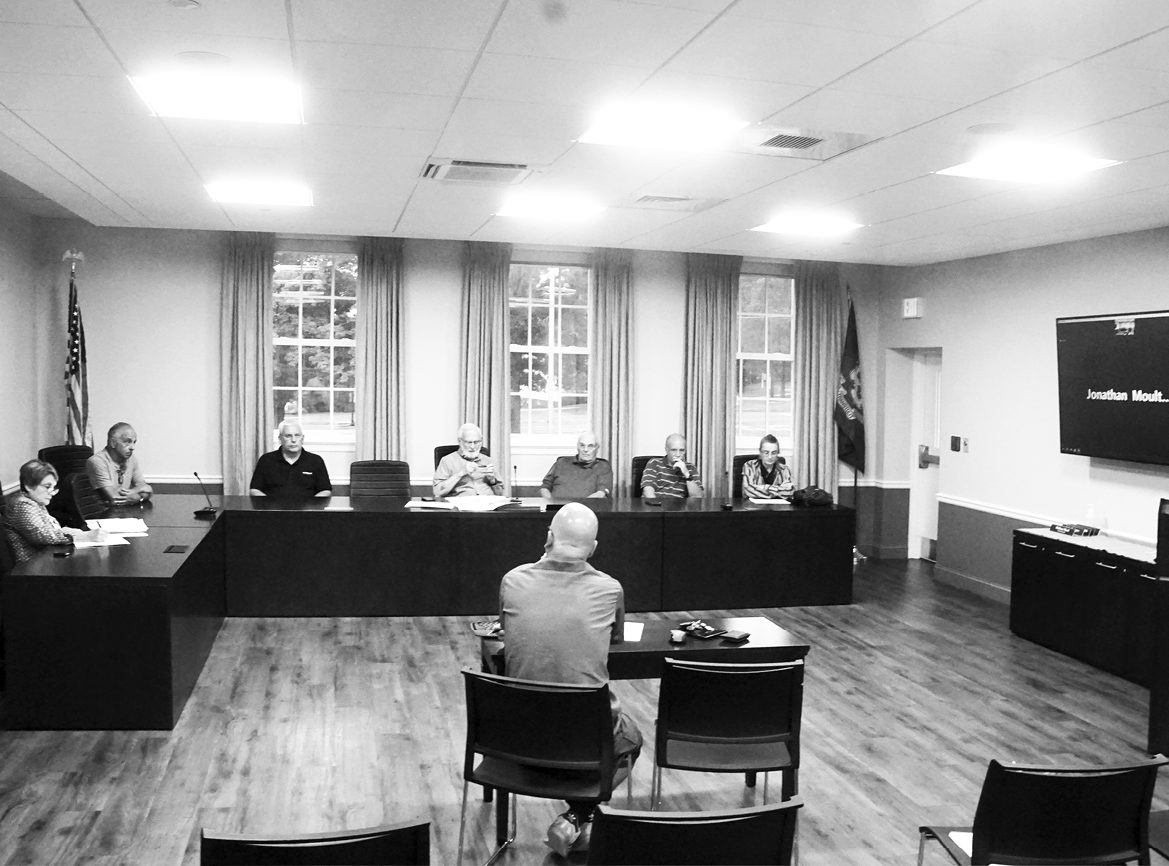 On July 1, the Permanent Building Committee holds its first meeting in the Town Hall’s new meeting room. From the left: Secretary Karen O’Hurley, members Bill Gozzo and Kevin Goff, chairman Joe Sangiovanni, vice chairman Glenn Neilson, and members Martin Paige and Heather Van Deusen. Suffield Facilities Manager Chris Matejek faces the commission, and Jonathan Moulton, of Gilbane Construction, is participating virtually through the screen at the right. The room has another wall-mounted screen at the left and in the rear and many stackable chairs, for a maximum occupancy of 66.

All of the Town Hall personnel settled into place over spring and summer, and the large and small conference rooms have been put to use variously. The front access ramp railings have received complimentary remarks, and the newly seeded lawns and plantings around the building have survived the rains and storms pretty well. Citizens with Town business, including at tax-paying deadline, have found the office layout efficient.

At recent meetings of the Permanent Building Commission, several minor details were discussed as the “Punch List” of matters to be completed shrinks. Improvements are still being made in the “smart building” communications routing system among infrastructure components (HVAC systems, etc.), which are sometimes slow to respond. Door-bottom strips have been installed in response to comments about office-to-office sound transmission. Certain metal doors may be replaced with solid wooden doors. The nicely designed, but judged too small, chandelier over the main stair landing was replaced in late August after a long wait because of problems in the national supply system.

Commission Chairman Joe Sangiovanni commented that the newly improved ground water drainage system around the building worked well during storms Henri and Ida. The Commission was pleased to have completed the project satisfactorily under budget, so small improvements can still be afforded.