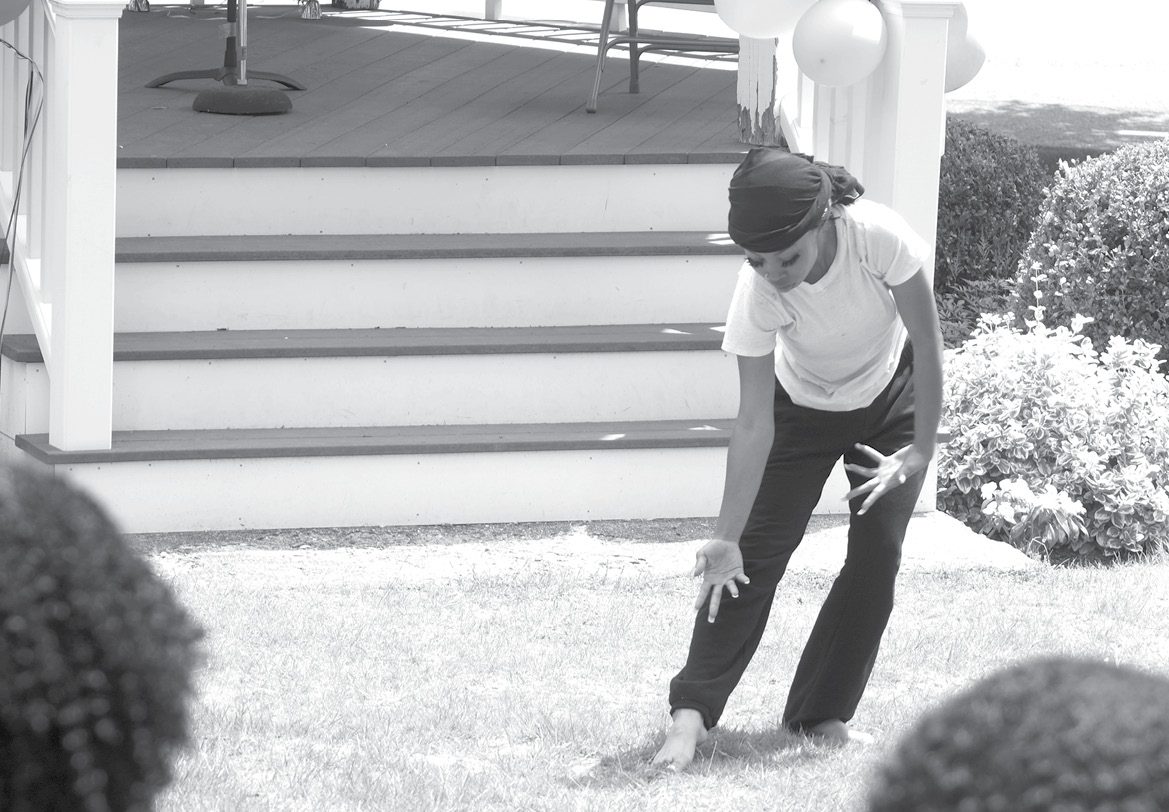 In an expressive dance during Suffield’s Juneteenth program, Lashea Williams enacts scenes from Cynthia Erivo’s Harriet music in the film about Harriet Tubman.

In The Suffield Observer’s September issue, Liz Warren, a leader of Suffield ABAR, wrote passionately about the significance of Juneteenth, the day chosen by African-Americans to celebrate the end of slavery in the United States — the day in 1865 when the last slave state, Texas, got the news that the Civil War was over, and President Lincoln’s 1863 Emancipation Proclamation became the enforceable law of the land. The news was delivered militarily when General Gordon Granger and his men marched into Galveston to be sure that the Texas army, which had successfully freed the state from Mexico, would understand that the Confederacy’s General Lee had surrendered to General Grant in April. Granger was a direct descendant of Launcelot Granger, an early settler in Suffield.)

Juneteenth, now a national holiday on June 19, was celebrated publicly in Suffield for the first time this year, on a comfortable Saturday morning with a mixed group of about 100 at the bandstand on the Town Green. Liz Warren opened the program after everyone stood and sang the Black national anthem, “Lift Every Voice and Sing.” Then an enjoyable, educational, motivational medley filled the next two hours with music, readings, interpretive dancing, and poetry.

The planned Witness Stone for Tamer had arrived in time to be exhibited during the jubilant event. She was the child bought by Luther Loomis in 1777, who served for years in Loomis’s mansion in Suffield and was sold in 1798 to Solomon Smith, the free Black son of Venture Smith, a prominent free Black American farmer and businessman. Two descendants of Venture Smith attended and spoke in Suffield.

One particularly impressive participant was Lashea Williams, a teen-age student from Springfield, who read her poem. “Dear Black Boy, Dear Black Girl,” an insightful litany of good advice. (Lashea had been recruited by her former teacher, Sonia Hill, of the Third Baptist Church choir.) Later in the event Lashea returned with an expressive performance of interpretive dancing, barefoot on the grass, with a soundtrack of “Stand Up,” symbolizing Harriet Tubman’s courageous work on the Underground Railroad.

A quartet from Third Baptist Church returned for a moving finale, with “One Day, When the War is Won” and “A Long-Time Coming!”

Next Article
He Kept His Eye on the Ball
As a youngster, Peter Kulas wanted to know how things worked. In…