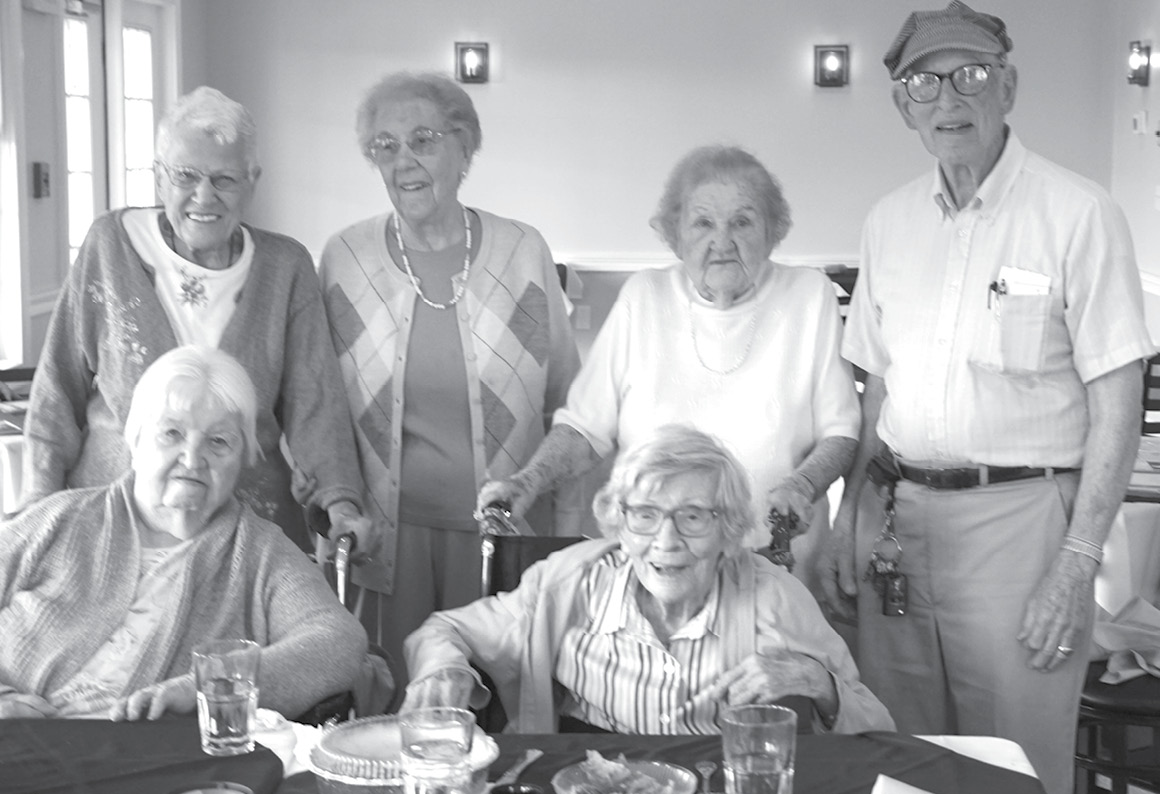 The Suffield High School Class of 1946 has been holding reunion lunches for many years, but the crowd has dwindled. Of these, only six were able to come to the new grill at Suffield Country Club on August 3. From the left, in front: Shirley Harrison and Mary Ann Zak; in back: Dorothy DeForge, Doris Clark, Margaret Matuck and Lester Smith. (Zak and Smith, whose high school graduations were in 1945, and not in Suffield, had previously been voted in as honorary members of SHS ’46.)

The Class of 1946 at Suffield High School held reunions every five years for quite a while, with good attendance from the old school friends. But five years ago, as their cohort aged and dwindled, some of the locals kept in close touch but others found that it took considerable effort to meet annually, so they switched to every five years. This year was the 75th, so Dorothy DeForge, who has acted as class secretary recently, called the milestone reunion together.

It wasn’t long ago that there were thirteen left of the original class of 42, but three recent losses, Jean Bailey Webster, Bob Sheldon and Chet Kuras, left the ranks, leaving only ten. And of those, four were able to gather at the new 341 North Main Grill for a very satisfying luncheon. Two more, who had become honorary members of the class, also attended; neither were native Suffieldians, but both had grown deep roots here. (This writer very much appreciates the honor.)