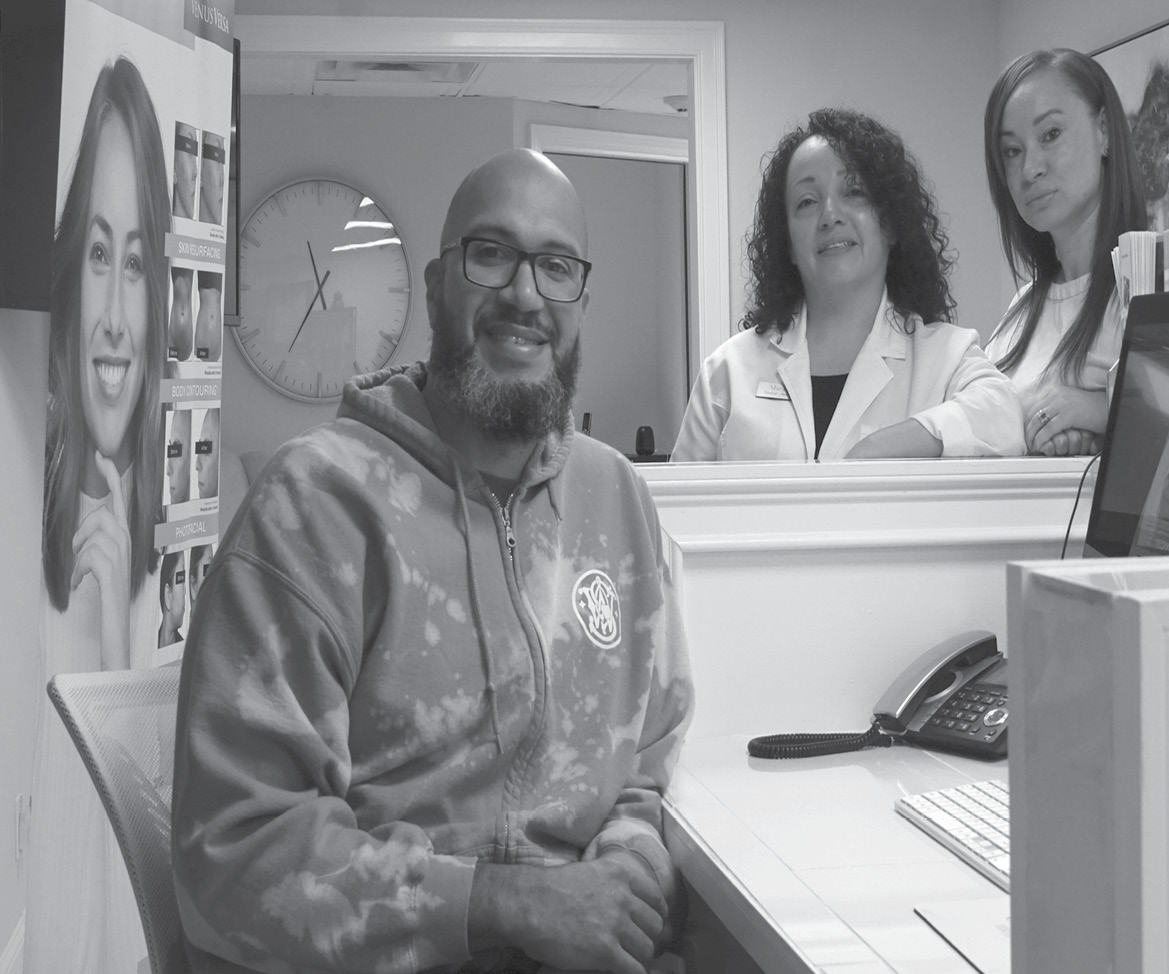 After a half-year delay, Suffield’s newest business opened quietly on October 5 in the lower level of the Webster Bank building, and its impressive facilities have been in place for longer than that. Cara Mia Med Spa is equipped and has the qualified professional staff to provide many types of facial care. In attractive quarters with rooms for reception, consultation, office and a photo studio, there are also several treatment rooms with a considerable amount of up-to-date medical equipment.

With nurse practitioners and a licensed aesthetician, Cara Mia reports they are prepared to perform a wide variety of skin care, including treatments for acne, sun damage, aging, hair removal, Botox injections, and more, to achieve general rejuvenation, facially and elsewhere.

Asked what had been changed regarding his facility to lift the Suffield Building Inspector’s stop work order of last spring, proprietor Joel Fletcha explained that nothing had changed, but the order, based principally on an emergency egress issue with the two other businesses that had planned to open, covered his as well, though Cara Mia did not require the additional egress. Building owner Ajay Malhotra now advises that his renovation plans have been approved, and work has been under way for a number of weeks, preparing for the new restaurant Mrs. Malhotra plans to operate in the north end of the building. The new emergency egress door awaits delivery of the new door itself, after which a new opening will be cut into the west side of the building, close to the bank’s existing Main Street entrance.

ClearCut Hair Salon, with its facility already completed in the lower level, required the new egress and awaits as well.