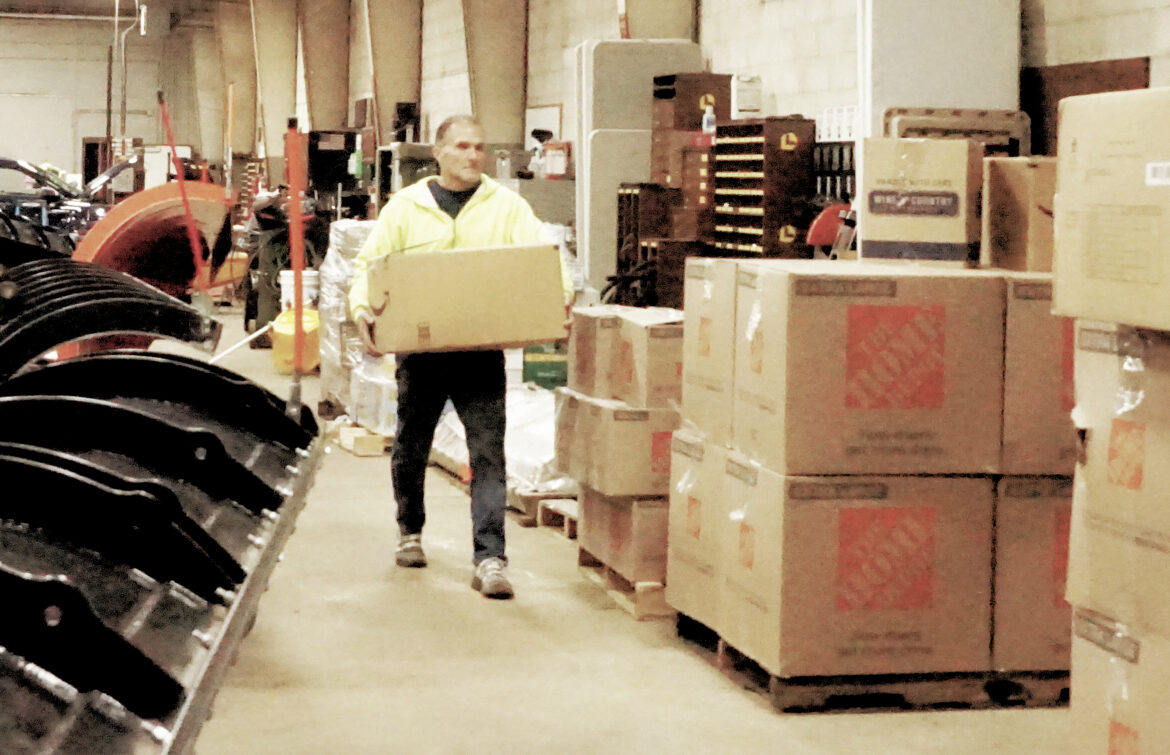 In an act of generous citizenship, residents of Suffield and others who heard about the plan have donated a large supply of household and personal items to help the victims of the severe wind storm and tornadoes in mid-December that devastated a large region of the South, mainly in Kentucky.  This was not an emergency effort to provide immediately needed food supplies and equipment to help search the wreckage for survivors.  It was a follow-on to that ― an effort to help Americans in need get their lives started again as they find new places to shelter.  By mid-January, one 45-foot trailer-load had already headed to Mayfield, KY, packed full, and a box truck was about to leave.

This reporter was given an opportunity to visit the collection depot in the Suffield highway garage.  Piled in a number of spots scattered about the busy space were large cartons that had been packed by volunteers from the Public Works crew, and at one spot there were items not yet packed: clothing, toiletries, laundry soap, computer paper, bottled water, toys, and more ― even a television set.  Household furniture was not collected for these shipments.

Vic Mattieu, who clued the Observer on this effort, wanted to be sure proper credit was given to First Selectman Colin Moll, along with Public Works Supervisor Mark Cervione, “J. R.” Richardson, and Fire Chief Chuck Flynn. Many others helped, including the Suffield Knights of Columbus, and, through a local friendship, the K. of C. in Moodus, Conn.  A tractor and driver to pull the semi-trailer is being provided by Fleming Trucking in Suffield.

Also connections between the Rotary Clubs in Suffield and Mayfield will assure that the supplies are shared with other towns as well.