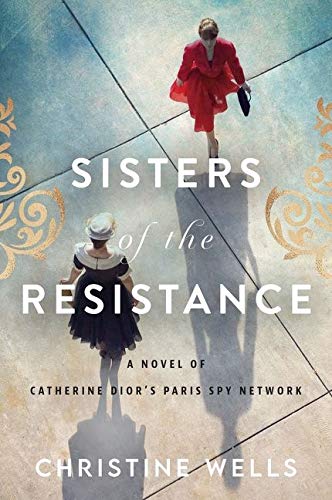 This historical novel takes place in two time periods, The first, near the end of WW II in 1944 and later in 1947. The sisters are Gabby and Yvette living in Paris with their mother who runs a boarding house. The Allies had landed at Normandy and were making their way to Paris. The Germans knew the war would be over for them and were being as cruel and destructive as they could.

Neither Gabby or Yvette had any intention of being spies, but it happened. It worked out that Gabby’s route in the morning on her bicycle took her past a drop off spot for the spy network and although they knew she was too young to be involved they just needed her. And so it began. Yvette also eventually became involved. It was so dangerous and if caught they could be killed, but first tortured.

You have to ask yourself. What would you do if you were in that position? I can’t imagine it. Gabby had a seriously wounded English soldier -Jack- hidden in the boarding house who she was trying to save and who she fell in love with, and Yvette has a relationship with another spy.

The second time period was in 1947 when Gabby came back to testify in a trial over something that had happened during that time at the war’s ending in Paris. She also tries to connect again with Jack.

The big surprise in the book for me and I would expect with you was the fact that Christian Dior’s sister Catherine ran a spy network. It was a very interesting and well written book.

Next Article
Bumpy Neighborhood Repaved
Soon it would be too cool to pave, but the temperature in…