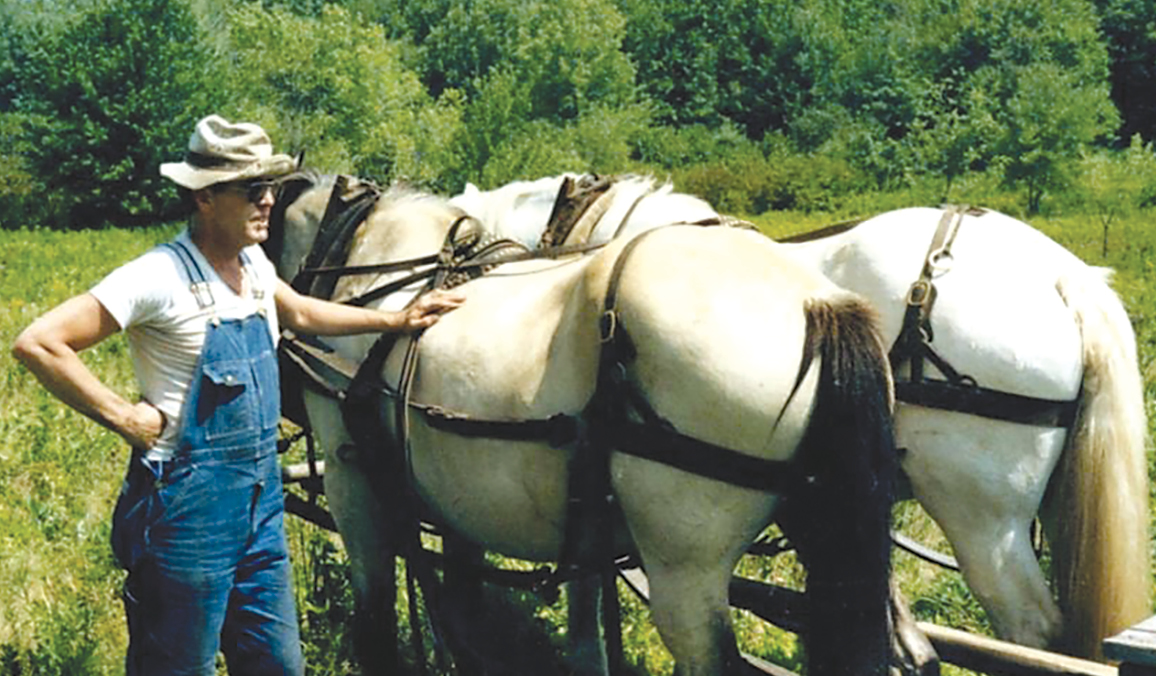 Well known Town official Justin Donnelly is pictured on his Russell Avenue farm. Suffield likes to be known as A Town of Farms, and the late Justin Donnelly, who wore many hats – and helmets – in his life, was described in his published obituary as having died on his farm. Justin was well known and respected in town as a lawyer and dedicated Town official.