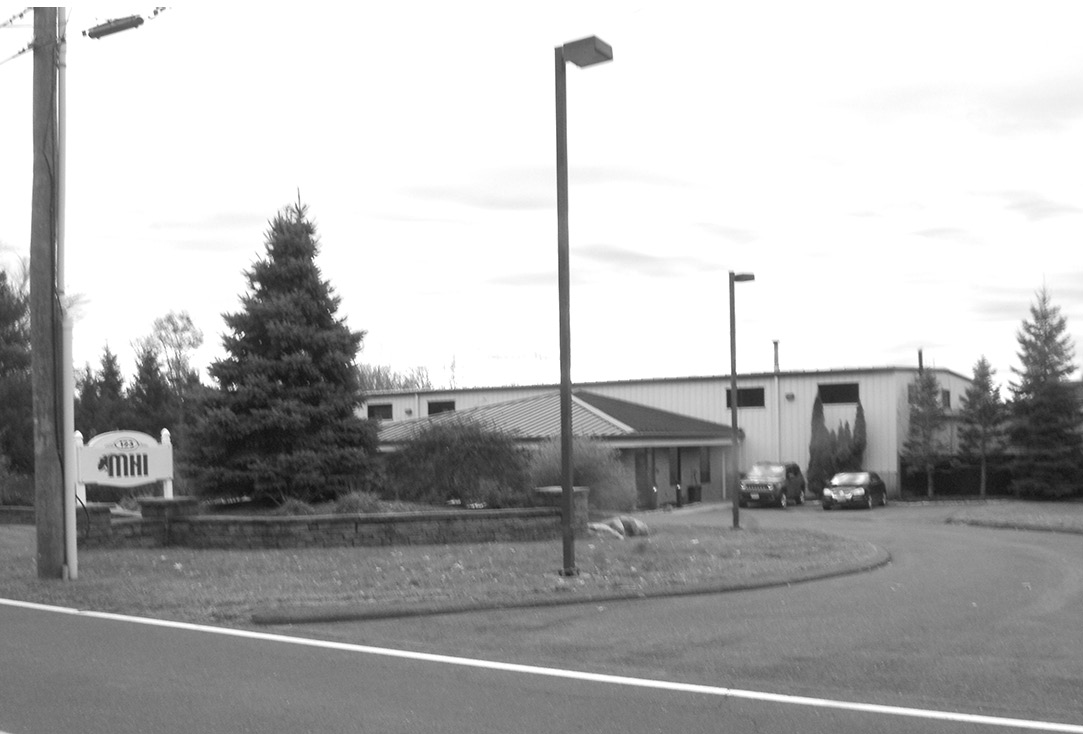 The present headquarters of Moosehead Harvesting are at 123 Austin Street, a short distance east of South Street. The logging business plans to build a larger facility on the adjacent property.

For many years since the Laureno Stevenson Lumber Yard and fabrication shops on Ffyler Place closed, Suffield planners have been looking at the Town Highway Garage on the other side of the street with critical feelings. If the garage were gone, they felt, the desired commercial development of the 27-acre combined properties would become more likely, with good consequences for the town in land values, tax revenue, and convenient new services.

So three years ago Town leaders proposed that the garage be relocated into an existing building on Austin Street which had been built for FEB Landscaping & Construction and was later owned by Moosehead Harvesting. The application for a $2-million state grant to help buy the building was approved by the Selectmen on January 6, 2016 and by the Board of Finance the following week. But the plan never went to town meeting, perhaps because a new possible location came into view.

The Town had owned a large parcel on South Street across from the north end of the airport for a number of years. That industrial-zoned property was hard to market because of its wetland, but there were patches of usable upland, so the property was sub-divided into four parcels, and one was chosen as a good spot for the highway garage. Another of the four parcels is now the location of a new warehouse under construction, where local resident Jeff Wasilewski will operate an Amazon forwarding business and a private sales room.

In the meantime, in the hope of making the development of Ffyler Place just a bit more likely, it was decided that the earlier highway garage – the ugly derelict that stood across the street from CVS parking and behind the Nath Building – must come down. The actual demolition took place in October, 2017.

Last summer a new plan emerged. The owner of the old Wick’s lumberyard almost at the south end of East Street South proposed to tear down the derelict lumberyard building, build a suitable highway garage, and rent it to the Town with a 20-year commitment. The idea was approved by the Selectmen in June, by the Conservation Commission in July, and by Planning and Zoning in August.

But soon the peripatetic planning for a new highway garage took a turn back to Austin Street. The Board of Finance and the Selectmen both held executive session discussions in October on possible purchase of undisclosed property. And then, at the Selectmen’s meeting on November 7, a new plan to purchase the Moosehead property was discussed openly.

First Selectman Melissa Mack described the property and the associated matters of its acquisition. The 13.7 acres Moosehead is interested in selling are about two thirds wetland but are described as having satisfactory space for the Town’s use. At 8,700 sq. ft., the building is somewhat smaller that the present garage, but it was described as having an adequate number of truck bays, and more space for cold storage could be added. Built in 2006, it is in much newer condition than the present garage.

Mack said the 1,500 sq. ft. of office space would accommodate some additional Town personnel, perhaps the Land Use departments now at 230 Mountain Road, alleviating the amount of expansion needed in a renovated Town Hall. Details of the facility and financial considerations were discussed. The major remaining unknown is the purchase price to be negotiated.

After more discussion in executive session, the Selectmen voted to table the issue. First Selectman Mack seemed determined to move it forward without undue delay.