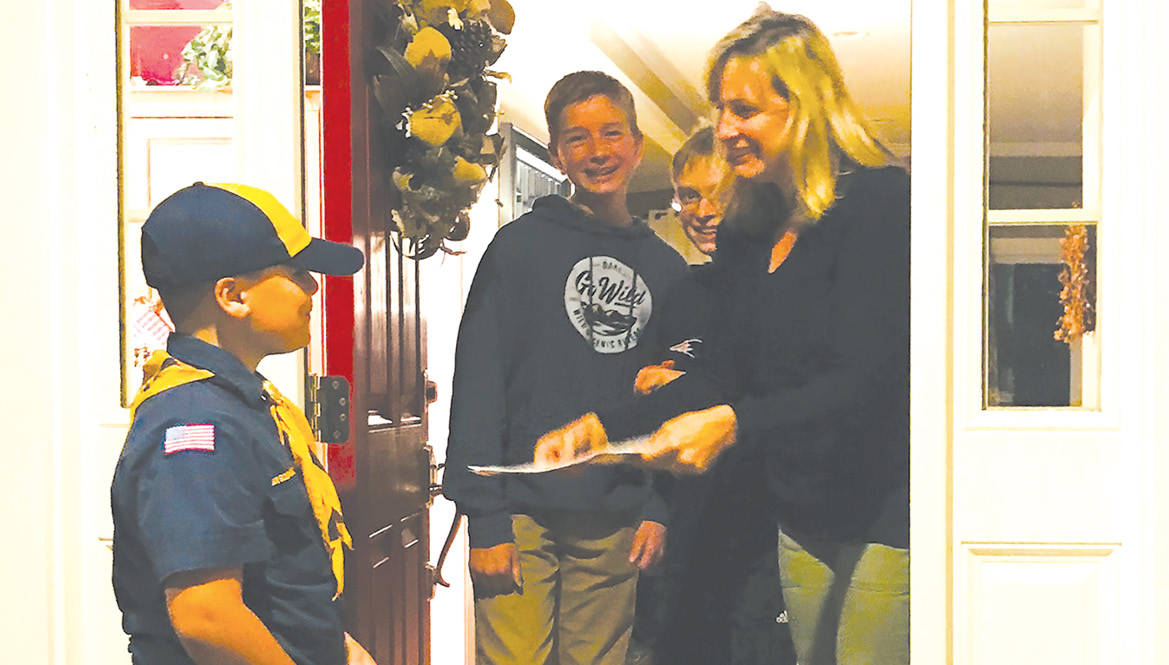 Cub Scout Aiden Thomson gets a welcome reception at a neighbor’s house during one of his Boy Scout popcorn sales calls.

Like many Scout units, Suffield Cub Scout Pack 266 gets a big boost every year from selling Boy Scout popcorn. And for the third year in a row, Aiden Thomson, a ten-year old Bear Cub in the third grade at McAlister, has been the most successful salesman. He hit a new record this year at $2,352. That’s a lot of popcorn!

The Cub Scouts get some of their motivation from sales prizes, and in his first year, Aiden was attracted by the drone shown on the prize list and set himself a goal of $2,000. He continues to set that goal each year and exceed it. He even named his little Pinewood Derby car “AJT 2000.”

With some help from family and friends, he goes door-to-door visiting over 200 houses each year and closes a sale in over half of the calls. Motivation is an essential element in successful selling, and if Aiden can keep that quality, perhaps he should consider a business career.

As for Pack 266, they hit their total popcorn goal with $7,568 this year, which will help a lot in paying for summer camp and other events of the Scout program.