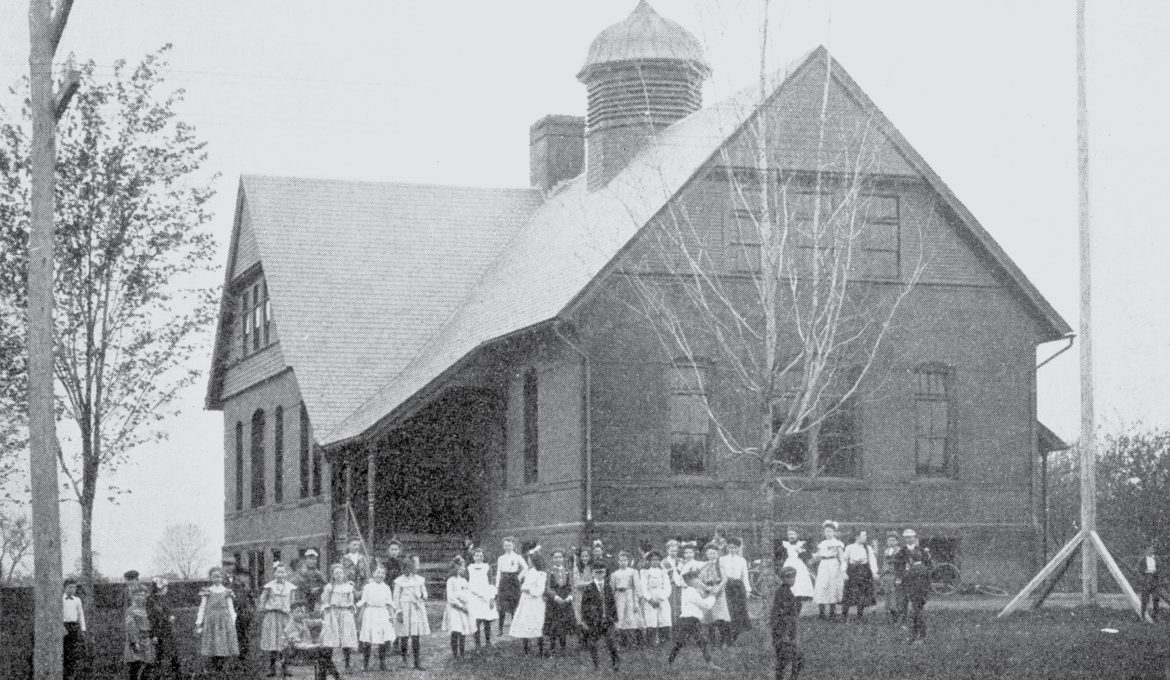 The two grammar school classes and their teachers at the old Bridge Street School are pictured in the front yard in about 1905, perhaps assembled to watch a game of some sort. The old school was built on the south side of the street in 1890, replacing classrooms that had been on the first floor of the Town Hall on Main Street and continuing to serve as the center school of the First School Society. The building was later expanded, and it became a junior high school in 1924 when a new school was built on the north side of Bridge Street for the younger grades. Then it closed after Suffield’s first high school building was opened in 1939 (now McAlister Intermediate School). After later use as an American Legion lodge and a youth center, the old Bridge Street School was torn down in 1966 to make way for Maple Court.