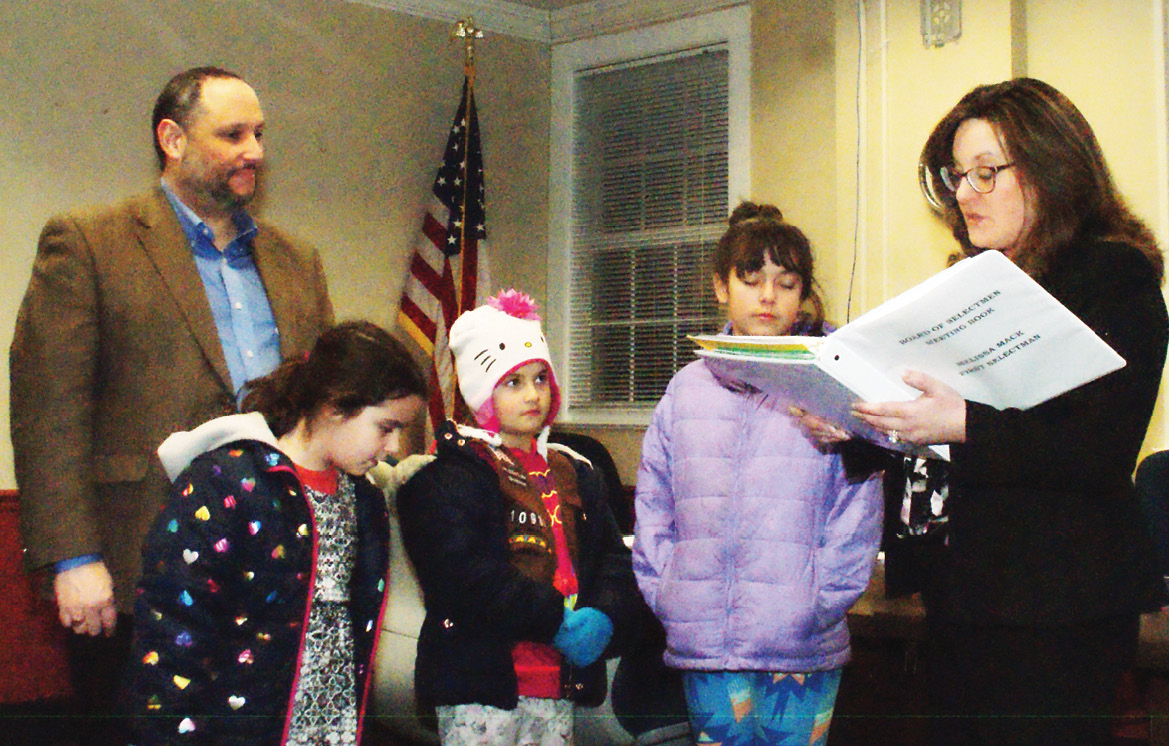 As part of the Selectmen’s meeting on March 6, First Selectman Melissa Mack proclaims that March 12, 2019, was to be Girl Scout Day. She had invited Ben Rodriguez to bring his Girl Scout daughters to share in the event. From the left: Nora and Elise, twins in Brownie Troop 10988, and Brinley in Junior Troop 10959. Girl Scout Day is a national event commemorating the first Girl Scout meeting in 1912.