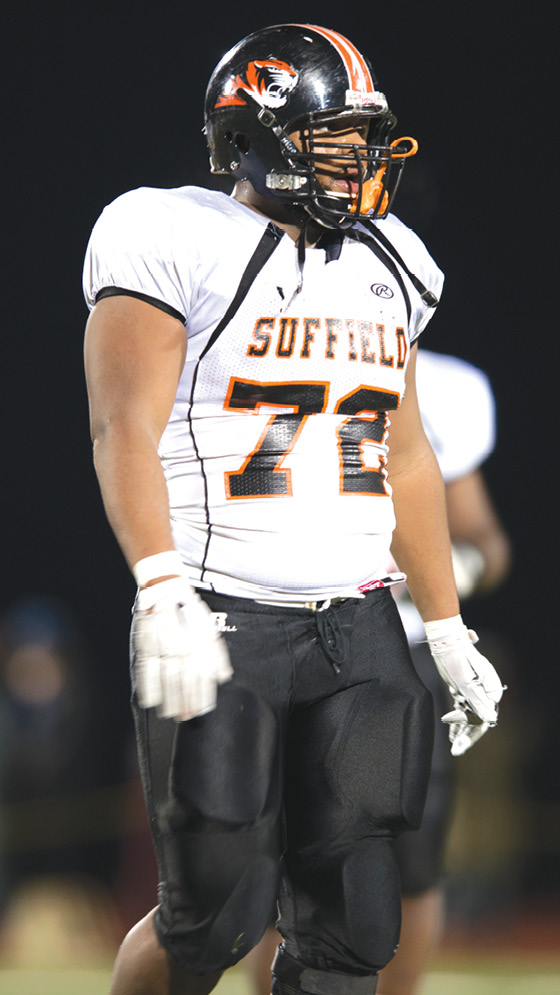 There has been a great deal of interest in recent weeks about the NFL draft and the choice by the Miami Dolphins of Christian Wilkins, a 23-year-old Suffield Academy alumnus (class of ’15); his athletic gifts are well known and appreciated by many. However, those gifts are only part of the picture. Even the articles focusing on sports have painted a picture of a young man with unusual and outstanding character.

There are several patterns of behavior that describe Christian: first, his modesty and lack of the kind of overweening ego that stellar sports figures sometimes acquire; second, his interest in relationships, perhaps greater than his interest in winning; third, his willingness to accept coaching with alacrity and to learn in a thoughtful way from positive criticism. All of these will stand him in good stead as he makes the transition from college sports (Clemson, class of ‘18, with a master’s degree in 2019) to the wider world of professional football.

These assets of personality are probably connected. A balanced ego allows a young person, or any person, to notice and attend to the needs of others; it also provides the kind of confidence that underpins what sports people call coachability, or the ability to learn and grow from understanding one’s own weaknesses and strengths. A balanced ego gives a young person the maturity to use self-discipline when facing decisions and to think independently, even in formative years.

The first response of Drew Gamere, who is the football coach and the Co-director of Athletics at Suffield Academy, when asked about Christian, is that his time at the Academy will be remembered more from what he did off the field than by what he did as a star player. Christian went out of his way to be involved in as many aspects of school life as he could manage, and his thoughtful yet humorous outlook on life won him the affection of many. His understanding of the concept of teamwork was that it was his job to make sure his teammates could succeed.

In addition to football, Christian also played basketball and was part of the school’s track program. He was on the school’s honor roll—a “scholar-athlete,” as one later award named him—and he participated in leadership positions and in other activities as well. His one regret? That he didn’t get more involved in the drama program! In all ways, says his coach, he pushed himself and never was content to rely only on his athletic talents, although those gifts were recognized early in his life at the Academy.

Of course Christian’s character was well formed before he arrived in Suffield. Still, there is no denying that his particular personality was one that benefited beautifully from the various programs offered by the school and by its culture of support and encouragement. It is a fine thing to know that Christian Wilkins will carry the values of his family and of Suffield Academy with him as he moves forward, and no one can doubt that his future will be filled with many kinds of success.

Next Article
New School Superintendent Hired
In a unanimous vote, on April 2, the Board of Education (BoE)…