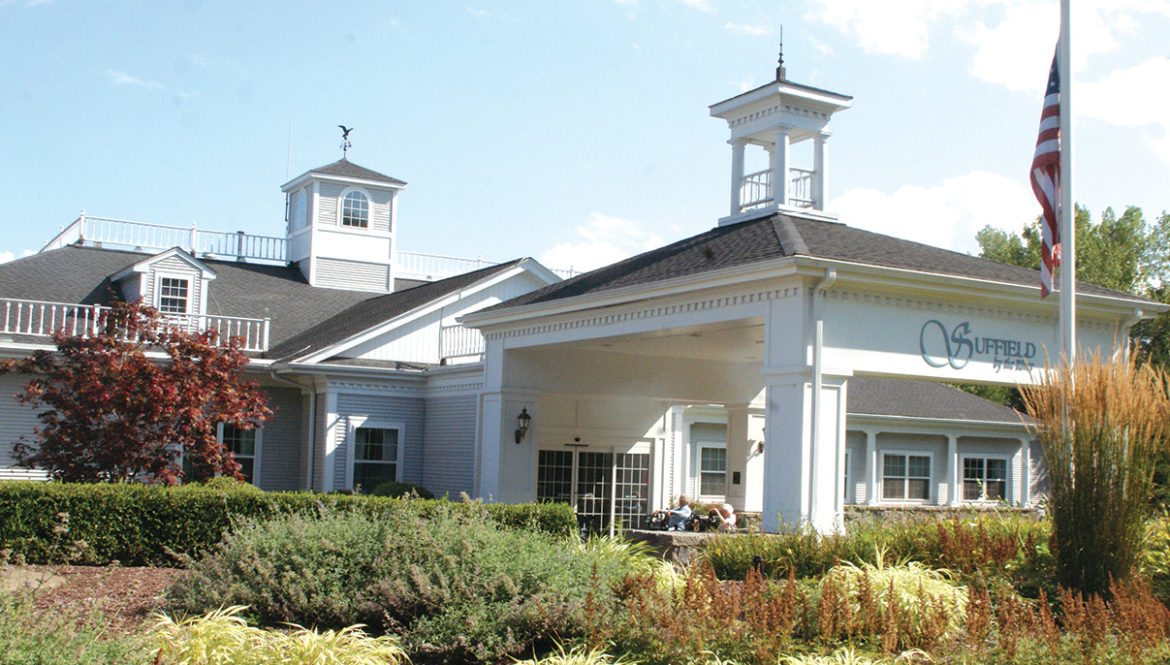 Suffield by the River pictured on a sunny August day.

As owner and, until now, executive director of the well-regarded facility at 7 Canal Road, Celia Moffie is selling the place to LCB Senior Living, LLC. As this issue of the Observer goes to press, the sale is scheduled to close on August 31. LCB, based in Norwood, Mass., owns and operates similar facilities in five New England States, plus one in Pennsylvania. In Connecticut, the closest is the Residence at South Windsor Farms. Others are The Residence at Brookside in Avon, plus three more in Fairfield County. In its own publicity, LCB is described as being “among the first creators of independent, assisted, and memory impaired communities.”

Celia Moffie has owned Suffield by the River since the 20-acre parcel at 7 Canal Road was purchased in 1997. The first sections of the building were built the following year. She acquired an additional acre and a half in 2005, extending the frontage along Canal Road. The price of the current sale has not been disclosed, but the Suffield Assessor lists the combined appraised value as just shy of $13 million.

Moffie assured the Observer that LCB is a wonderful company that intends to operate Suffield by the River in a manner similar to its recent experience. She reports that they intend to retain 98 percent of the present employees, including Shawn Leonard, a 29-year veteran Moffie family employee who has worked 19 years at Suffield by the River, recently as facilities manager. Moffie has promoted him to executive director, replacing herself in that role.

She wanted it to be clearly understood that the sale does not include the Suffield House nursing home next door at 1 Canal Road, a totally separate operation owned and managed by members of the Moffie family. The sale does include the two villas at 17 Canal Road built in 2008 and 2018 for residents who choose a higher level of independence than the residents of the main building. In addition to many apartments for the majority of residents, the main building includes River’s Watch for residents with more memory impairment.