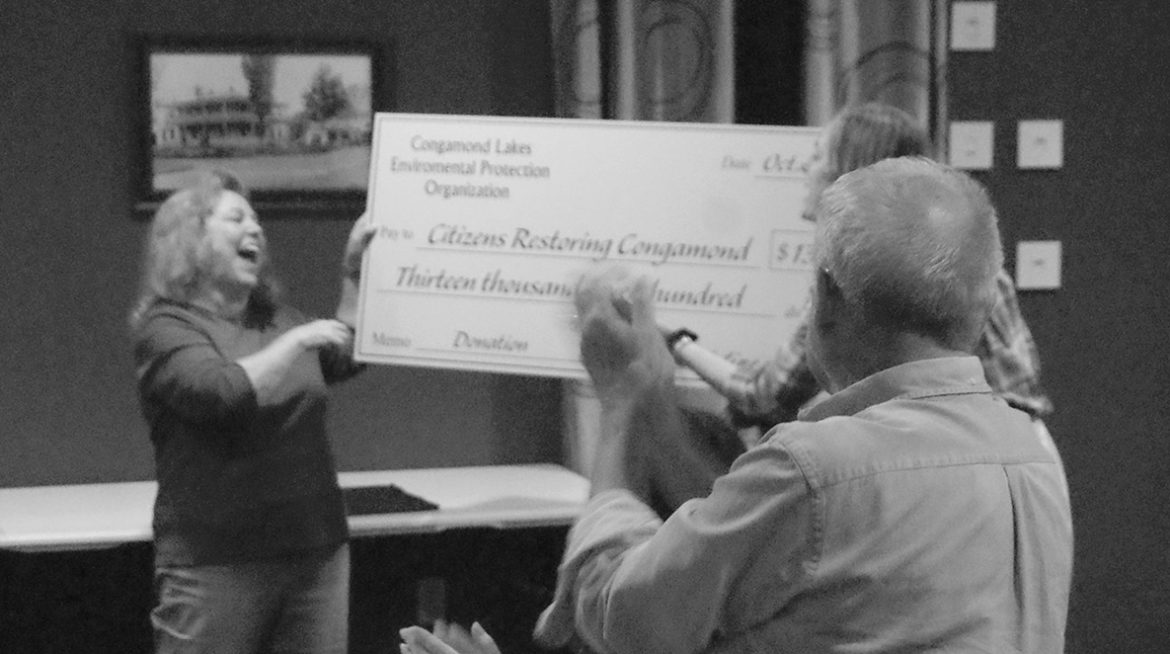 Remember that sand pit story about citizens’ action out by South Pond? Troubled residents got together in 2014 to stop a dormant sand pit operation on Lake Road from reopening. They organized the Congamond Lakes Environmental Protection Organization (CLEPO), raised money to fight their battle in court, and won. But their satisfaction evaporated when their cooperating abutter, a requirement to contest a zoning decision, suddenly withdrew his objection and the win became a loss.

The partners who had requested the zoning variance for reopening then bought the sand pit property and sold it to a sand-mining company, for a considerable profit. The CLEPO folks say they are convinced that the token abutter was paid by the partners to withdraw, and they report that he has shown signs of sudden wealth.

So CLEPO sued the abutter for their legal expenses and obtained a lien on his property. After negotiations, they settled for a fraction of the requested amount.

At about the same time, the sand pit operator requested another two-year variance after their first two years of operation. They said that they were about halfway through their work removing the big deposit of quality Congamond sand. After hearing residents’ complaints about noise and dust, the Suffield Planning and Zoning Commission granted the variance, but with certain restrictions, including the warning there would not be another extension. The land is to be regraded and restored (at a somewhat lower elevation, of course). It may then be deeded to the Town or perhaps the Suffield Land Conservancy, and the private road through the property, used by many residents for access to their property, will likely become a Town road.

Christine Ayotte, Shannon Watson, and Marlies Najaka, the principal members of CLEPO and leaders of the fight, decided their project had reached its conclusion. After some deliberation, and with the approval of their original donors, they decided what to do with the settlement from their final suit. They came to the October 8 meeting of Citizens Restoring Congamond (CRC), a two-town organization that works to keep the ponds healthy and improve the region generally. The CLEPO leaders gave a final update on the sand pit story and presented a giant cardboard check to CRC for $13,700, the entire settlement amount, with no restrictions on its use. Then they announced that CLEPO was ending its existence. The upstairs hall of the Southwick Inn, where CRC now meets, resounded with applause.

Next Article
Suffield Keeps Its Pipes Clean
By State regulation, Connecticut towns that have sanitary sewer systems must get…