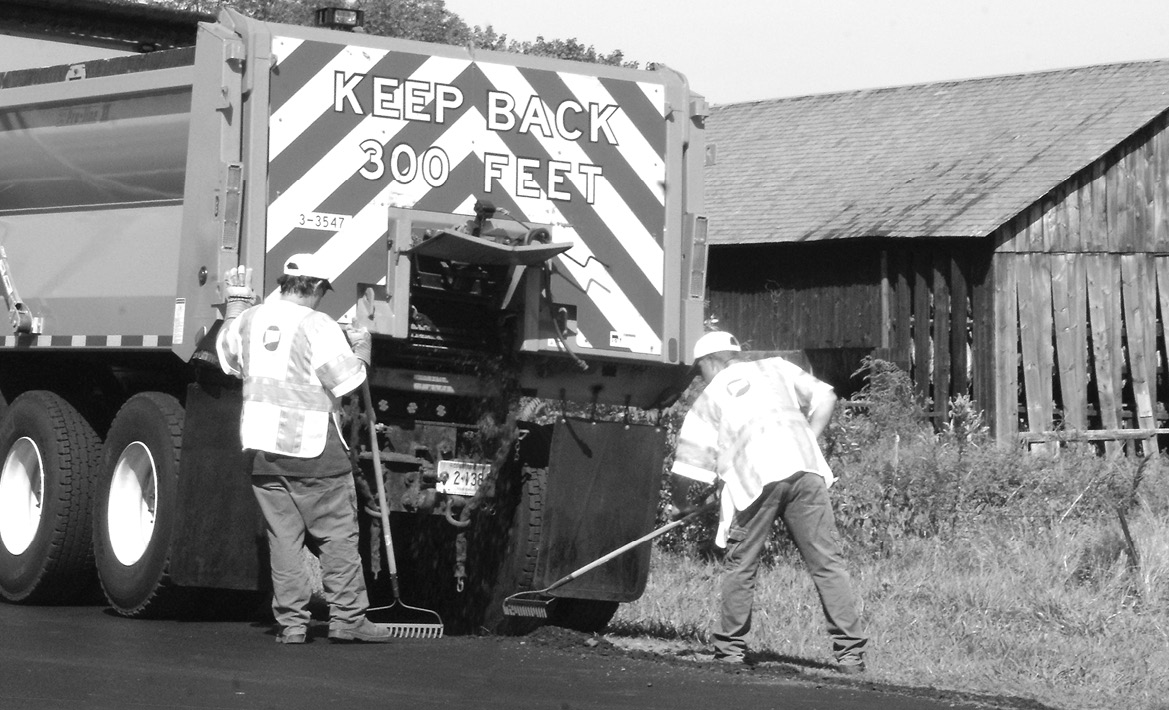 ConnDOT workers spread asphalt mix at the edge of East Street near the end of September, after milling and paving of the roadway was complete.

By the end of September, the last visible task of the Connecticut DOT’s East Street paving project appeared to be complete. That was the task of rebuilding the little black-topped traffic island at the Enfield-Suffield bridge traffic light, separating northbound cars from left-turning traffic off the bridge. The bridge, incidentally, for almost 50 years carried two large bronze plaques reading “Enfield-Suffield Veterans Bridge,” but the plaques disappeared in the major rework of 2010, which included new parapets.

Last spring, the milling and paving began, as most such projects do, with the renovation of the catch basins. But work came to a stop, probably for lack of funding to continue in that fiscal year. For several months drivers had to put up with orange barrels preventing tire damage from the new catch basins, which had sharp edges at the planned level of the completed paving. The project resumed later this summer. The highway is now silken smooth from the Windsor Locks town line through the length of East Street South and continuing up East Street North to the Thompsonville Road intersection.

Plans for the remainder of East Street North are unknown; but that section is not on the State’s 2020 schedule.

Next Article
Food For Thought
“True heroism is remarkably sober, very undramatic. It is not the urge…