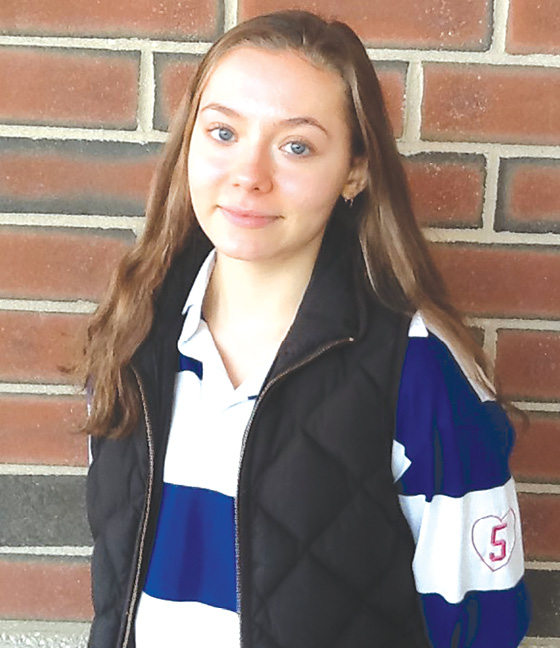 Congratulations to Savannah Price who was chosen as the Rotary Student of the Month for October. Savannah is a senior at Suffield High School and also an honors student. She is a member of the National Honor Society and the World Language Honor Society, where she was elected as Secretary.

In January of 2019, Savannah was named the World Language Student of the Month. Senorita Dolnack chose Savannah for her dedication to learning the Spanish language and culture in addition to the quality of her work in class. Savannah has received outstanding achievement awards in Personal Finance, English, Social Studies and World Language.

Savannah is also a member of the Girls’ Lacrosse Team and has been in gymnastics for many years. She has been awarded the Scholar-Athlete Award for maintaining honor roll status while participating in athletics at Suffield High School. Savannah is also a member of the Class Council and participates in Chick-Fil-A Leader Academy, where she helped organize a sock drive. The group collected 3,000 pairs of socks for those in need. In addition, she has volunteered for the Glenn Packard Golf Tournament.

Savannah is the Creator of “Kindness for Kids”, a nonprofit organization which funds vaccines for underprivileged children in developing countries who do not have access to satisfactory health care. Savannah also finds the time to work part-time at a local restaurant.

As you can see by all the wonderful things Savannah has accomplished, it is no surprise she was chosen as the Rotary Student of the Month. Congratulations, Savannah!